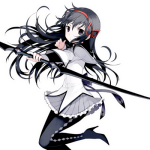 Hello world, I am currently a sixteen year old who is currently in Grade 11 at my local college in Tasmania. I have been following F1 since 2011 and my favorite driver at this current time is Daniel Ricciardo with my favorite team being Toro Rosso. I hope you will enjoy your stay and maybe make this the biggest F1 wiki that it can possibly be.

Retrieved from "https://f1.fandom.com/wiki/User:HawkAussie?oldid=54341"
Community content is available under CC-BY-SA unless otherwise noted.