2022 Canadian Grand Prix
Circuit de Gilles Villeneuve is a popular circuit on the Île de Notre-Dame, in the Saint Lawrence river, not far from downtown Montreal. It is a twisting track with several chicanes. It is thought to be the toughest circuit on brakes because of the long straights and big stops. The circuit first staged a GP in 1978 and has only been absent since in 1987 and 2009. The circuit consists of 14 turns, and the pole speed in 2016 was just under 134 mph.

Circuit de Gilles Villeneuve was built using mostly existing spectator walkways, around one of the islands used for the Expo 67 Worlds Fair. The fair was notable for Buckminster Fuller's geodesic dome, used for the United States Pavilion, but has since been dismantled. In 1978, the circuit opened for business. The former pavilions of Quebec and France are now combined as a casino, adjacent to the straight before the pits.

It was originally named Circuit Île de Notre-Dame, but after to the death of Gilles Villeneuve at the 1982 Belgian Grand Prix, the circuit was renamed after him.

The circuit is a hard one with little run-off. This has caused some to question the circuit's safety. Italian Driver Riccardo Paletti was killed in 1982 when he crashed into Didier Pironi's stalled Ferrari just after the start of the race. Robert Kubica was injured there in 2007.

The race was canceled for 2009, due to the global economic crisis, but it was added back to the calendar starting from 2010.

The straight is a short spurt of speed before the left-hander turn 1. Then turn 2 follows immediately, which is a hairpin right. This section has seen a great deal of bodywork damage just after the start of races. Then another short spurt until the 3-4 chicane, a gentle and fast right-left combination, which is where Olivier Panis started his leg-braking crash in 1997, driving a Prost. Then it is the quick turn 4, taken at 140 mph in 6th gear hurtling towards turns 5 and 6, a tighter left-right chicane. This was the location of Jenson Button's last lap pass of Sebastian Vettel in 2011. Then it is the longest straight since the start of the lap, under a bridge (known as Pont de la Concorde) which is right before the 180 mph-to-75 mph right-left chicane that are turns 7 and 8. After this, the circuit sweeps through 9 into the heaviest breaking point on the track, the extremely tight second hairpin (L'Epingle).

Then the drivers quickly upshift through a slight left kink taken flat out, and on to the 'Casino Straight', where the speed trap is located. This is the fastest portion of the track. At the end of the Casino Straight is the final right-left chicane, commonly known as the Mur de Quebec because of the sponsorship of the province of Quebec right behind the wall. It is also known as the 'Wall of Champions' because several drivers who have won the F1 World Championship have crashed there. This chicane is taken in 2nd gear at 90 mph. Then it is up the short straight to the start/finish line, which has 'Salut Gilles' (Hello, Gilles) painted just next to it. A fan spontaneously painted that after the death of Gilles Villeneuve in 1982, and race organizers have kept it until now, repainting it each year.

The pits are on driver's left along the start/finish straight, which is outside the track. Pit in is on the outside of Mur de Quebec, and pit out is on the outside of the turn 2 hairpin. This track is more likely than most to hold drivers at the exit after pit stops due to track congestion, a situation that has caused a few accidents through the years.

Along the left side of the casino straight, and behind the pits, is the rowing basin used for the 1976 Olympics. The basin also restricts the amount of available paddock space, an issue that track management is trying to solve. The basin is also the sometime location of an informal regatta between the pit crews, using whatever materials are in hand, with some of the drivers as judges. This event produces much laughter and merriment, as the improvised vessels are frequently unable to complete the short course.

The original circuit was a much slower and twistier course, causing Keke Rosberg to describe it as "two hairpins separated by six chicanes." It had the same basic footprint as today, but with some important differences. First, the grid, pits and paddock used to be just beyond the exit to L'Epingle (which was then known as "Pits hairpin"). In addition to having even less space than the teams have now, there were several safety issues, including having the cars enter through the runoff area for the hairpin. After the old start, there was another chicane near the casino, which varied greatly in configuration, before disappearing completely in 1996.

Where the pit straight is now located used to have another left-right kink, just before the current turn 1. This section was not popular with the drivers, so the removal of the kink was well received. One consequence of the removal of several turns in this section is an increase in the importance of Mur de Quebec, which became the only corners in a mostly straight and fast section. The 5/6 combination has also been eased slightly, making it more of a driver's section, while not dramatically increasing speeds. 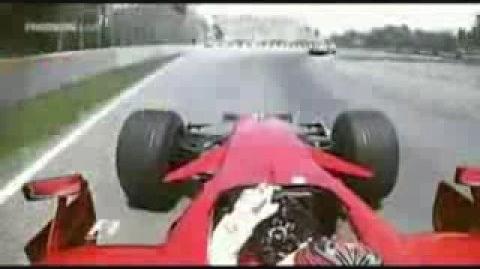 The following is a list of Formula One World Championship events held at Circuit Gilles Villeneuve: