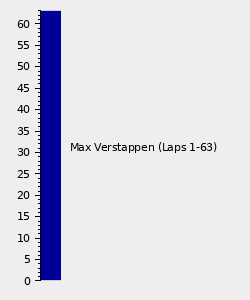 The 2022 Emilia Romagna Grand Prix (officially the Formula 1 Rolex Gran Premio del Made in Italy e dell'Emilia-Romagna 2022) was the fourth race of the 2022 FIA Formula One World Championship, held at the Autodromo Enzo e Dino Ferrari on the weekend of April 22-24 2022.

Leading up to the weekend, Ferrari announced they had renewed Carlos Sainz's contract for an additional two years. We will see Sainz at Ferrari through at least the end of the 2024 season.[1]

It was the first weekend of the season to hold the Sprint race weekend format. At an F1 Commission in mid-February, the teams and FOM agreed to some changes.

Sprint Qualifying was deemed a success in 2021, hence they will continue this year. As of writing this, there are three confirmed Sprint races to be held at Emilia Romagna Grand Prix, Austrian Grand Prix, and Brazilian Grand Prix.[2]

The weekend format remains the same as last year, as follows:[3]

At a F1 Commision in mid-February, the teams and FIA together decided to introduce some changes to the Sprint Qualifying from last year.[2] The changes are as follows:

The full entry list for the 2022 Emilia Romagna Grand Prix is outlined below:

The only practice session before parc ferme started off with all drivers running the full wet tires, as the day began with wet weather that saw the weekend session for Formula 2 being rescheduled. Halfway through the session, starting with Sebastian Vettel, drivers started to switch to the intermediates as the track started to dry out. Many drivers went off the track due to the low track temperatures and wet patches causing reduced tyre grip and resulted in numerous lock ups. With 5 minutes to go, Lando Norris beached his McLaren MCL36 in the gravel trap, which led to a red flag momentarily interrupting the session, but he was able to quickly get his car unstuck and back to the pits, so the session resumed a couple minutes later. Ultimately, Charles Leclerc set the fastest time in the difficult wet track conditions, with his teammate Carlos Sainz and rival Max Verstappen close behind, in second and third, respectively.

The full results of the first practice session for the 2022 Emilia Romagna Grand Prix are shown below:

The opening minutes of qualifying was stopped after Albon developed a brake fire on the rear of his Williams, the same problem that hit Latifi during the Bahrain test. Hamilton just about made it into Q2 as eliminated were Tsunoda, Gasly, Latifi, Ocon and Albon.

Sainz spun and crashed into the barriers exiting Rivazza, hence bringing out the second red flag. This meant that the bottom five, Russell, Schumacher, Hamilton, Zhou and Stroll were unable to improve their times as rain fell again while Sainz' car was being retrieved. The final minutes saw cars sampling the track in intermediate tires with no further improvement, hence making it the first time since the 2012 Japanese Grand Prix neither Mercedes made it into Q3.

The third red flag came early into Q3 as Magnussen spun his car at Acque Minerali, but the Dane was able to reverse out and keep going. Bottas stopped his car approaching Rivazza with an issue, with Verstappen still setting the fastest overall time despite passing the yellow-flagged incident, which brought out the fourth red flag. The session resumed with less than three minutes remaining, but no final improvement came after Norris became the latest victim to spin at Acque Minerali, bringing out the fifth red flag and prematurely ending the session and allowing Verstappen to secure pole from Leclerc and Norris.

The full qualifying results for the 2022 Emilia Romagna Grand Prix are outlined below:

George Russell set the pace in second practice with a 1m 19.457s on the softs, 0.081s quicker than Sergio Pérez, with championship leader Charles Leclerc a couple of tenths further back in third. The drivers were lucky to have a dry albeit cool track to work out their car setups before the Sprint later in the evening. Daniel Ricciardo and Valtteri Bottas were stuck in their garages as their cars were being worked on by their mechanics, so they did not get a set a time.

The full results of the second practice session for the 2022 Emilia Romagna Grand Prix are shown below:

Unlike the 2021 season, in which only the first three placed drivers in the sprint race received points, the 2022 rules expanded points to the first eight drivers. Max Verstappen had a bad start and Charles Leclerc took the lead, while Pierre Gasly hit Guanyu Zhou at turn 9, causing a puncture and Zhou's retirement,[8] which brought out the safety car.[9] Sergio Pérez soon recovered to third, while Carlos Sainz Jr. came back to fourth.[10]

In the first laps, Leclerc pushed hard to keep Verstappen out of the DRS zone but started suffering from graining.[11][12] On lap 19, Verstappen, who was never behind more than one second and half, was able to pass him into turn one to win the sprint race and maintain pole position, ahead of Leclerc and Pérez.[13] With the results, Sainz returned to second in the standings, while Verstappen rose from 6th to 5th, as both Mercedes drivers George Russell and Lewis Hamilton did not get any points.[14]

The full results for the 2022 Emilia Romagna Sprint are outlined below:

^ Zhou required to start from the pit lane after his car was modified whilst under Parc Ferme conditions.

Show Grid
^ Zhou required to start from the pit lane after car was modified whilst under Parc Ferme conditions.

With rain falling in the circuit in the preceding hours and the track being wet, all cars on the grid started on intermediate tyres.[16] Those starting on the right side of the grid, such as championship leader Charles Leclerc in second and his teammate Carlos Sainz Jr. in fourth, had a bad start due to a bitumen asphalt strip, which was added to cover the old starting line but had become more slippery when it rained.[17][18][19] Going into turn 1, Leclerc lost positions to Sergio Pérez and Lando Norris,[16] while Sainz was overtaken by Norris at the start and was hit by Daniel Ricciardo.[20][21] The collision, which was not investigated,[16] left Sainz struck in the gravel,[22] while Ricciardo was able to get back on track and make a pit stop at the end of the lap.[16] After the Sainz–Ricciardo collision, Mick Schumacher had a half-spin and dropped from 10th to 17th,[16] as his rear-axle slid tagged the sidepod of Fernando Alonso,[23] who had to retire on lap 8 after his bodywork failed.Russell, Sebastian Vettel, and Lance Stroll had a good start,[16] with Russell sixth, Vettel ninth, and Stroll eleventh.[24] The safety car brought out by the Sainz–Ricciardo collision was withdrawn on lap 4.

With Leclerc stuck behind Norris, the two Red Bull cars of Max Verstappen and Pérez built a lead, as Verstappen turned down a suggestion from his team to put on dry tyres and he continued racing, as did the rest of the field, despite reports of the track drying.[16] On lap 8,[24] Leclerc overtook Norris into turn 1, but by then he had a 6.2 and 3.3 seconds deficit to Verstappen and Pérez, respectively.[16] In the next seven laps, those gaps remained stable, as Verstappen was 5.5 seconds ahead of Pérez, with Leclerc at 1.9 seconds behind.[16] Verstappen told his team he was ready to switch to slick tyres in case a safety car was brought out but remained on track. Ricciardo went into the pits on lap 18 to switch to dry, medium compound tyres, which led the rest of the field to follow suit over the next few laps.[16] On lap 19,[24] both Pèrez and Russell, the latter now running fourth after overtaking Kevin Magnussen on lap 12,[24] pitted, which was a lap earlier than Verstappen and Leclerc, the latter of whom had a successful overcut to come in front of Pérez for second; however, due to Leclerc's colder tyres, Pérez was able to take the position back a few turns later, as Verstappen expanded his lead to 7.5 seconds.[16]

Leclerc remained close behind Pérez, who went over the grass at the chicane at turns 14–15 on lap 28,[24] and Leclerc closed the gap to less than one second but was not able to make the overtake.[16] When the DRS was activated on lap 35,[24] after being off until then because of wet-weather conditions, despite all drivers being on dry tyres,[16][24] Leclerc was over one second behind Pèrez, while Pierre Gasly was able to get into DRS zone behind Alexander Albon, as Lewis Hamilton remained stuck behind the two drivers for the rest of the race,[24] being lapped by Verstappen on lap 40.[16][25] Verstappen extended his lead on Pèrez and Leclerc.[16] On lap 50, Leclerc went into the pits for soft compounds and came out in fourth position, behind Norris.[16] Leclerc overtook Norris with the help of DRS by lap 51,[24] as both Red Bull cars responded to Leclerc's undercut attempt and pitted on lap 51 (Pérez) and 52 (Verstappen), respectively.[16] With the move, Leclerc closed the gap to Pèrez and had a seven-tenth gap on lap 53.[16] In an attempt to push and get closer to Pérez for an overtake, Leclerc clattered the kerbs at the turns 14–15 chicane and spun to the outside wall on lap 54.[24][26] He broke an endplate but avoided suspension damage, and was able to restart and get a new front wing and soft compounds at the pits.[16] He fell back to ninth and recovered to sixth by the end of the race.[24]

Verstappen won ahead of Pérez, Norris, Russell, whose front-wing aerodynamic balance was not adjusted at his pit stop,[16] and Valtteri Bottas, with Leclerc, Yuki Tsunoda, Vettel, Magnussen, and Stroll to complete the top 10.[16] Albon, Gasly, and Hamilton finished 11th, 12th, and 13th, respectively, after Esteban Ocon received a five-second penalty and was demoted to 14th for an unsafe release in the pits, which forced Hamilton to lift off in the pit lane and drop a place,[16] ahead of Zhou Guanyu, Nicholas Latifi, and Schumacher, who spun for a second time in the race, while Ricciardo, who was the only driver to make a second pit stop for a set of hard compounds and suffered a damaged diffusor from the collision with Sainz, finished last.[27][16] Having led every lap whilst also having set the fastest lap and winning the race, Verstappen achieved his second career grand slam, while Red Bull had their first 1–2 finish since the 2016 Malaysian Grand Prix.[28] In the Drivers' Championship, Sainz fell to fifth,[24] while both Verstappen and Red Bull made a comeback to second place in the Drivers' and Constructor championships, respectively.[29][30] Leclerc saw his leading advantage in the standings reduced from 45 to 27 points.

The full results for the 2022 Emilia Romagna Grand Prix are outlined below: