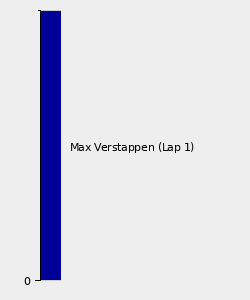 The 2021 Belgian Grand Prix (officially the Formula 1 Rolex Belgian Grand Prix 2021) was the 12th race of the 2021 FIA Formula One World Championship, held at the Circuit de Spa-Francorchamps between August 27 and August 29 2021.

Max Verstappen took pole position in a wet qualifying as Lando Norris crashed heavily at the Eau Rouge corner. Before the start of the race, Sergio Pérez crashed at Les Combes, hence unable to initially start. The start was delayed for nearly half an hour before the formation lap began. However, the weather conditions were too dangerous to continue, with the start procedure suspended. The race got underway again with a 1-hour time limit after a two and a half hour delay, which allowed Perez' car to be repaired in time, but was red-flagged again after two laps were completed. With the conditions continuing to deteriorate, it was ultimately decided that the race would not be restarted, hence Verstappen was declared the winner, and with half-points awarded. George Russell, who qualified a surprise second took his maiden podium, with Lewis Hamilton in third.

The full entry list for the 2021 Belgian Grand Prix is outlined below:

The start of qualifying was delayed for 12 minutes due to rain. Eliminated in Q1 were Giovinazzi, Tsunoda, Schumacher, Raikkonen and Mazepin.

Eliminated in Q2 were Leclerc, Latifi, Sainz, Alonso and Stroll, who would start 20th with his grid penalty from the previous race applied.

The rain intensified before Q3 began, and as Norris began his flying lap, he lost control and crashed heavily into the barriers at Eau Rouge, spinning and coming to a halt and stopping the session for 40 minutes. Russell briefly went fastest before Verstappen beat his time, with Hamilton starting behind the duo. Bottas, who qualified in 8th, would start 13th with his grid penalty applied.

The full qualifying results for the 2021 Belgian Grand Prix are outlined below:

Before the race, Perez crashed at Les Combes on his way to the grid, due to rainy conditions. The team determined that his car was too damaged to take the race start.

The start was delayed repeatedly until 3.25 pm local time, with the entire field starting the formation lap behind the safety car. However, visibility was poor, and the start procedure was announced to be suspended, with the restart not commencing until 6.17 pm local time. During this period, Perez' car was managed to be repaired after it was deemed that he was allowed to start, while Stroll changed into a different spec rear wing during the wait.

The race got underway behind the safety car for two laps until it was red-flagged again as conditions still did not improve. At this point, it was decided not to restart the race, and hence Verstappen was declared the winner, with Russell taking his first podium in second and Hamilton in third, and the race had half-points awarded as the race did not reach 75% race distance, with the rest of the Top 10 classified as how they started, those who started behind Perez gained a place as Perez was reclassified last after the restart.

The full results for the 2021 Belgian Grand Prix are outlined below:

The half-points awarding meant that Verstappen could only reduce the drivers' championship leading gap to 3 points behind Hamilton and also 7 constructors' championship points behind Mercedes. While there were no changes in the drivers' standings, the only change was Russell gaining a place ahead of his team-mate thanks to his podium finish. Ricciardo's high classification ahead of the Ferraris meant that McLaren reclaimed third in the constructors' standings ahead of the Scuderia, with Williams moving further from Alfa Romeo thanks to Russell's podium.