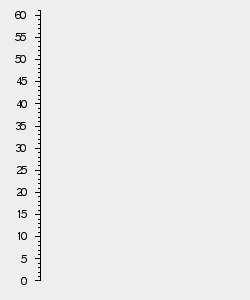 In qualifying, Charles Leclerc took his fifth pole position, beating Lewis Hamilton on a track where the Mercedes AMG F1 W10 EQ Power+ was expected to be quicker. Sebastian Vettel qualified third after making several mistakes on his final run to improve his fastest time in Q3.

In the race, Leclerc kept ahead of Hamilton, as Vettel tried to make moves against Hamilton. Daniel Ricciardo made contact with George Russell at the first corner, damaging the latter's front wing, while Carlos Sainz, Jr. and Nico Hülkenberg touched wheels at Turn 5, giving both of them punctures. Vettel and Max Verstappen both pitted at the end of lap 19, and Leclerc did the same on the next lap, but he fell behind Vettel. Making his pit stop at the end of lap 26, Hamilton fell behind Vettel, Leclerc and Verstappen, while the top three runners were fighting with midfield runners who did not pit yet, including Antonio Giovinazzi, who led a race for the first time in his career. However, after being passed by Vettel on lap 31, Giovinazzi made contact with Ricciardo at Turn 7 on lap 34, giving Ricciardo a puncture. The safety car was deployed on lap 36, when Romain Grosjean collided with George Russell at Turn 8, putting Russell out of the race. Not long after the safety car came in at the end of lap 40, Lance Stroll got a puncture from Antonio Giovinazzi at Turn 18 on lap 41, then the safety car came out again when Sergio Pérez pulled off to the side of the track on the Esplanade Drive on lap 43. The safety car came in at the end of lap 47, but it was deployed for the third time when Daniil Kvyat collided with Kimi Räikkönen while attempting to pass him at Turn 1 on lap 50. Räikkönen retired from the race with a damaged suspension, but Kvyat kept going. With Räikkönen's car quickly cleared away, the safety car came in at the end of the next lap, and Vettel opened up the gap on Leclerc, while Hamilton tried to put the pressure on Verstappen. Vettel went on to take his fifty-third victory, marking his first win since the 2018 Belgian Grand Prix. Leclerc's second-place finish made Ferrari the first constructor to score a 1-2 finish at the Marina Bay Street Circuit, and Verstappen held on for third-place.

Prior to the race, Haas parted ways with Rich Energy.[4]