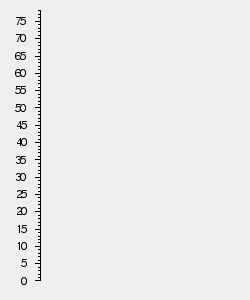 In qualifying, after Charles Leclerc got knocked out of Q1 due to not going out at the end of the session, Lewis Hamilton took pole position, scoring his eighty-fifth pole overall. Valtteri Bottas and Max Verstappen qualified second and third respectively.

In the race, Hamilton got a good start, while Bottas was able to keep ahead at the first corner after Verstappen took a better start than him. On lap 9, Leclerc made contact with the wall at Turn 16 and collided with Nico Hülkenberg, soon puncturing the former's right-rear tyre and leaving debris across the track as he spent a whole lap getting back to the pits. The debris resulted in the safety car being deployed on lap 11, thus giving Hamilton, Bottas, Verstappen and Sebastian Vettel the opportunity to pit at the end of the lap. However, Verstappen was released into the path of Bottas, and made contact with him before getting ahead at the end of the pit lane. Bottas was forced to take a second pit stop at the end of the next lap, therefore dropping him behind Vettel. The safety car came in at the end of lap 14, not long before the track was temporarily blocked at the start of lap 16 when Antonio Giovinazzi made contact with Robert Kubica at Turn 16, though the two drivers were able to get going again. In the closing stages, Hamilton already started to lose grip as his tyres degraded, allowing Verstappen to close in on him. However, Verstappen could not find a way past, and Hamilton held him off to take his seventy-seventh victory. With a five-second time penalty for his unsafe release and colliding with Bottas in the pits, Verstappen dropped to fourth, allowing Vettel and Bottas to take second and third place respectively.

Drivers and teams used liveries on their cars as a dedication to Niki Lauda, after he passed away earlier in the week on 20 May.[3]

Haas and Alfa Romeo were also confirmed to run their second-spec engines, after only Ferrari used it at the previous race in Spain.[4]

Charles Leclerc stated that he would be determined to take his first win at his home race: "A home Grand Prix is always a very special weekend, and even more this weekend, obviously, coming here in full red with Ferrari, with also a chance to have a very good result, so we'll push. It's a huge honour for me to be driving on these streets. It's actually pretty weird, because these are the same streets... I took in the bus to go to school when I was five or six years old. So now to take them in a Formula 1 car feels special. Obviously we've had a difficult start to season. The low speed corners weren't great in Barcelona but normally Monaco is pretty different. We'll try to turn the things around. It's not going to be easy but we'll give it everything. I think during testing, we understood a few things – not enough to be at the level of Mercedes [but] I think we gained a little bit of time. Not enough, we need to keep working, we need to try and understand what's the main issue. But the engineers are working on that."[5]