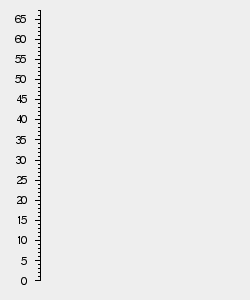 In qualifying, both Ferrari drivers Sebastian Vettel and Charles Leclerc failed to qualify for the top three, when their cars received different mechanical issues that prevented Vettel from setting a lap time while Leclerc could only qualify tenth on the grid without setting a lap time in the final session. Lewis Hamilton, on the other hand, took his eighty-seventh pole position, out-qualifying a teammate for the first time at the Hockenheimring since the 2008 German Grand Prix. Max Verstappen and Valtteri Bottas qualified second and third, respectively.

Verstappen emerged as the race winner after the race started behind the safety car followed by a standing start, with a series of incidents that saw drivers crashing out or spinning, including Leclerc, Hamilton and Bottas. Vettel recovered to finish second on the podium, and Daniil Kvyat completed the podium, giving Toro Rosso's second podium and their first since the 2008 Italian Grand Prix, having passed the Racing Point of Lance Stroll earlier.

To celebrate their 200th race start and their 125th anniversary of competing in motorsport, Mercedes opted to paint the front of their cars white, with the car numbers also coloured red rather than grey.[3] Bottas stated that without their cooling update, Mercedes would struggle with their pace following the Austrian Grand Prix. The team brought along a bigger bodywork to improve the issue.[4] Discussing about whether to replace Bottas with Esteban Ocon for 2020, Toto Wolff stated that the team would wait until August to make a decision.[5] Alfa Romeo also decided to celebrate twenty-five years since Beat Zehnder became Sauber's team manager.[6]

Racing Point confirmed that they would bring a "two-step" upgrade package for both the German and Hungarian Grands Prix, with Sergio Pérez saying: "It has sidepod [upgrades], floor and other stuff, that we hope we can make a good step forward and that can bring a bit more balance to the car - something that we've been missing in the last couple of races."[7] Williams also chose to bring huge upgrades to Germany, with Robert Kubica being the first to try out an improved bargeboard area and upgraded floor, before George Russell would later use them in FP3.[8]

After both Romain Grosjean and Kevin Magnussen caused a first-lap collision with each other on the first lap at the previous race in Britain, Haas decided to use different setups on both their cars for the second race in a row, with Magnussen using new aero parts, while Grosjean would run his setup from the first race in Australia. Team principal Guenther Steiner later said he was still not used to both drivers' incident at the British Grand Prix: "I'm still not over it. You've got a certain amount of opportunities and obviously this year we are struggling in some of the races. We've got these big ups and downs and when we've got ups, we put ourselves down one way or another. So that is quite frustrating. They need to understand where we are, and that's the disappointing thing to me. They didn't let me down as a person, they've let the team down, which is disappointing. And as I said, I'm still not over it – normally I get over things pretty quick, but this one, because we had a clear talk after [they made contact in] Barcelona, what to do and what not to do and it wasn't followed, which is disappointing."[9]

Nico Hülkenberg said that despite Renault not making huge improvements over the previous years, he would be likely to remain with the team for 2020.[10]

After the 2018 German Grand Prix had a DRS zone on the start/finish straight, the FIA decided to remove it for 2019, leaving just the DRS zones located on the approaches to turns 2 and 6.[11]

The safety car led the field in the rain for three laps. For the first time since the rule changes in 2017, the drivers took a standing start after the safety car came in, with the first three laps counted as formation laps. While Hamilton and Bottas started well, both Verstappen and Pierre Gasly had poor starts, falling down to fourth and ninth respectively. The safety car soon came out after Sergio Pérez spun at the exit of Turn 7 on lap 2. Most drivers opted to pit for intermediate tyres before the safety car came back in at the end of lap 4, with drivers in the midfield already making up places. The virtual safety car was then briefly deployed on lap 15 after Daniel Ricciardo's car received an exhaust issue, allowing Leclerc and Nico Hülkenberg to take their second pit stops for intermediates. The first round of pit stops for slick tyres began on lap 22 starting with Kevin Magnussen, although Verstappen had a spin on lap 26 while on slicks. The virtual safety car was again briefly deployed on lap 27 when Lando Norris retired with a loss of power, at the same time when Lance Stroll suffered a spin, though the latter was able to rejoin the race, and ones like Hamilton and Vettel took pit stops under the virtual safety car around when it ended. Not long after, at the end of lap 28, Leclerc skidded off at the penultimate corner and hit the barrier, deploying the safety car once again. Hamilton skidded off the same corner a lap later, but this time, he only scraped against the barrier and damaged his front wing, forcing him to come back to the pits. However, his pit crew were not ready with the spare front wing and tyres, forcing Hamilton to spend almost a minute in the pits and drop down to fifth, losing the lead to Verstappen. Hamilton was then given a five-second time penalty for entering the pits on the wrong side of the bollard. With the drivers going back on intermediates, the safety car came in at the end of lap 33, where Vettel was making up ground, and Hamilton tried to pass Alexander Albon while under pressure from Carlos Sainz, Jr.. The safety car was brought out a fourth time when Nico Hülkenberg skidded off before the final corner and into the barrier at the end of lap 40. Before the safety car came in at the end of lap 45, Stroll took a gamble of switching to slick tyres. The rest of the field soon pitted for slicks as well a few laps later, with Verstappen being one of those who pitted on lap 47, while Hamilton also served his time penalty on lap 48, which dropped him down to twelfth. He had a complete spin on lap 53 after touching a patch of water at Turn 1, and had to take another pit stop at the end of the lap which saw him at the back of the field. Five laps later, on lap 57, Bottas also had a spin at the same corner, but this time, he crashed into the barrier, deploying the safety car for the final time, while Hamilton was one of those who pitted for the last time. The safety car came in at the end of lap 59, where Vettel started to move up, passing Sainz for fourth on lap 60, Stroll for third on lap 62, and Kvyat for second a lap later. Following Vettel's pass on Stroll, Gasly retired from the race after colliding with Albon. Verstappen took his seventh victory on lap 64, scoring Red Bull's first victory at the circuit. Vettel came home to finish second in front of his home crowd, and Kvyat finished third to score Toro Rosso's second ever podium, over ten years since their first at the 2008 Italian Grand Prix.