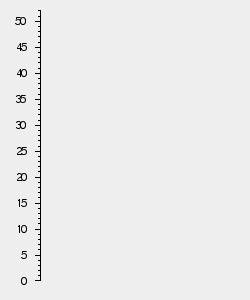 In the race, despite getting a good start, Hamilton remained behind Bottas, while Sebastian Vettel overtook Pierre Gasly, who would receive slight contact with Lando Norris at Turn 3. Romain Grosjean and Kevin Magnussen both made contact on the approach to the Wellington straight, forcing them to pit to change front wings, but neither of them continued for long. Hamilton briefly took the lead at Luffield on lap 4, before Bottas took it back on the National Pits Straight, while Max Verstappen began a battle with Leclerc starting from lap 11, even after their pit stops at the end of lap 13. After overtaking Vettel on lap 12, Gasly pitted at the end of the lap, then Bottas pitted on lap 16. When the safety car was deployed on lap 20 following a spin from Antonio Giovinazzi into the gravel trap at Vale, Hamilton took his chance to pit behind the safety car and remain in the lead ahead of Bottas, while Vettel and Verstappen also pitted, though Leclerc spent another lap before taking his second pit stop and losing a place to Verstappen, who also lost a place to Gasly. Hamilton remained out in front at the restart at the end of lap 23, and Leclerc continued to battle for fifth place against Verstappen, but Sergio Pérez damaged his front wing when he collided with Nico Hülkenberg at Brooklands. Gasly soon let Verstappen past on lap 27, before he was later overtaken by Leclerc on lap 36. A lap later, Verstappen overtook Vettel at the end of the Hangar Straight, but the two of them collided at Vale moments later, dropping Verstappen down to fifth behind Leclerc and Gasly, while Vettel limped to the pits on the next lap for a front wing change after suffering damage to his car, soon before he received a ten-second time penalty for the collision. Taking the fastest lap on the final lap, Hamilton went on to take his eightieth victory and his sixth British Grand Prix win. Bottas, after taking an extra pit stop at the end of lap 45 to put on a different compound of tyres after originally stopping for the same compound, finished second, and Leclerc took the final podium place.