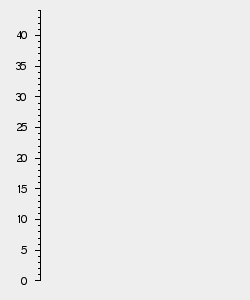 The race weekend would, however, be overshadowed by a huge accident in the supporting FIA Formula 2 Championship Feature Race, which claimed the life of Renault Junior Driver Anthoine Hubert.[2] The race, however, went on without major incidents, and Leclerc took an emotional maiden victory in F1 as Hamilton settled in second having been closing into Leclerc during the final laps. Hamilton's teammate Valtteri Bottas finished in third.

* - Kubica started from the pit lane.

A one-minute silence was held before the race, in honour of Anthoine Hubert, who passed away in an accident during a Formula Two feature race the previous day.[20]

As the race began, Leclerc made a good start, but Hamilton passed Vettel at the first corner, just as Max Verstappen collided with Kimi Räikkönen after making a poor start. Vettel got back past Hamilton on the Kemmel straight, in time before the safety car was deployed when Verstappen crashed into the barrier at Raidillion as a result of a damaged suspension. The safety car period was extended for another lap after Carlos Sainz, Jr. pulled off at the Bus Stop chicane due to a loss of power. The safety car came in at the end of lap 4, where Leclerc stayed ahead of Vettel, and Hamilton remained ahead of Valtteri Bottas at the end of the Kemmel straight.

Vettel made an early pit stop at the end of lap 15, taking the lead of the race once Leclerc, Hamilton and Bottas made their stops around lap 21, although Vettel was soon given team orders to let Leclerc back past at the end of lap 26, which he did so on the start/finish straight. With fresher tyres, Hamilton overtook Vettel on the Kemmel straight on lap 32, and Vettel opted to pit again at the end of the next lap before Bottas could pass him, in an attempt to take the fastest lap for an extra point. Up in front, Hamilton gained on Leclerc through the closing stages, although his chances were ruined on the final lap when Antonio Giovinazzi crashed at Pouhon and Lando Norris pulled off to the edge of the start/finish straight with an engine failure, preventing both Norris and Giovinazzi from finishing fifth and ninth respectively. Therefore, Leclerc took his first ever victory, dedicating it to Hubert while becoming the first Monegasque driver to win a Formula One race, and Hamilton and Bottas finished second and third respectively.