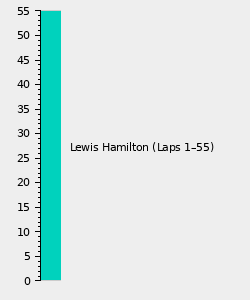 In qualifying, Lewis Hamilton took his eighty-eighth pole position, his first since the German Grand Prix earlier in the year. Valtteri Bottas qualified second, but with a number of grid penalties for engine changes, he was put to the back of the grid, promoting Max Verstappen and Charles Leclerc to second and third on the grid respectively.

In the race, Hamilton kept the lead ahead of Verstappen and Leclerc, but Leclerc soon overtook Verstappen on the back straight. Lance Stroll made contact with Pierre Gasly at the first corner, spinning the latter into Sergio Pérez. While the three all continued racing, Gasly lost his front wing upon colliding with Pérez and had to pit for a new nose. Due to technical issues, DRS was not enabled until lap 18. Leclerc and Verstappen soon swapped positions after the former pitted earlier than the latter. Hamilton went on to take his eighty-fourth victory, also the first Grand Chelem since the 2017 British Grand Prix and since points were applied for ten-top runners setting the fastest lap. Verstappen and Leclerc finished second and third respectively, though Leclerc was immediately investigated by the stewards for an incorrect amount of fuel measured by the FIA before starting the race. He was allowed to keep his position, but the Ferrari team was fined €50,000 for breaching the regulations.

After failing to finish the Brazilian Grand Prix due to oil pressure, Bottas had a new engine fitted to his car. With excessive use of various power unit components, he was ordered by the stewards to start the Abu Dhabi Grand Prix from the back of the grid.[3] He later had another ICE, MGU-H, MGU-K and turbocharger fitted after a pneumatic leak was found on his car after FP2.[4]