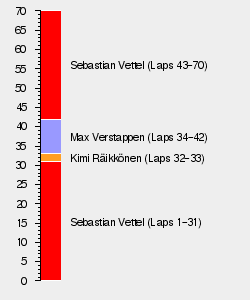 In qualifying, Sebastian Vettel took his second pole position of the season, and his teammate Kimi Räikkönen qualified second to give Ferrari their third front row lockout of the season. Both Mercedes qualified behind them, with Valtteri Bottas outqualifying Lewis Hamilton for the fifth time of the season.

After the session, Williams felt that Massa was not well enough to compete for the rest of the weekend, so they decided to have Paul di Resta take Massa's seat while Massa focused on recovering in time for the Belgian Grand Prix.[2][3]