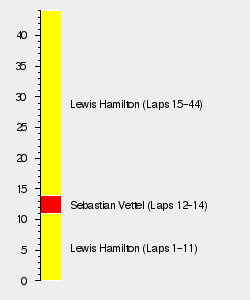 Before the Grand Prix weekend, several teams confirmed one driver staying at each team for the 2018 season: Ferrari confirmed that Kimi Räikkönen would race for them for another year,[2] while McLaren decided to keep Stoffel Vandoorne.[3]

To celebrate the 25th anniversary of Michael Schumacher's first Grand Prix victory at the 1992 Belgian Grand Prix, his son Mick drove the Benetton B194 at the circuit.[4]

After he missed the Hungarian Grand Prix because of an illness, Felipe Massa was passed fit to compete in the Belgian Grand Prix.[5]