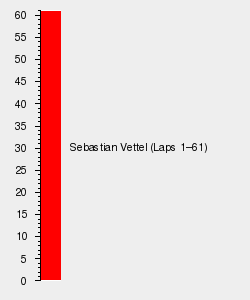 Changes were made onto the section of track between turns 11 and 13, which has turns 11 and 12 altered so that the drivers go onto the left lane of Fullerton Road and Anderson Bridge, and turn 13 being widened by one metre so to allow more opportunities of overtaking.[2] Alexander Rossi officially debuted at this race after signing a five-race deal to replace Roberto Merhi in the Manor team. [3] The circuit has two DRS zones: one being on the start/finish straight, and the other being on the straight between turns five and seven.[1] Garry Connelly and Vincenzo Spano acted as stewards for the race.[4]

Supersoft and soft tyres were used in the Grand Prix.[5]

A week before the race, concerns began to build around a smog intended to travel over Singapore and affect crowd members' health and vision of the race. However, the event organisers announced that the race would not be amended, saying that they could not tell what the pollution level would be like due to changing every hour, although they allowed people to buy masks, as well as having medical and first aid posts on standby.[6] Additionally, they reported that the smog had cleared, leaving the Grand Prix to continue as planned.[7] Also, the F1 in Schools had their World Final over at the The Hard Rock Hotel with a collaboration team winning the title, becoming the first collaboration team to win the competition.[8]

On 16 September 2015, Renault announced that they are planning to stop supplying engines to other teams in the future, and would either leave the sport or make their own team.[9] Additionally, a day later, Williams announced that they had already started work on the FW38.[10] Toro Rosso also brought a new front wing for their STR10.

Additionally, Nico Rosberg had a new engine to use in the Singapore Grand Prix, which is his fourth engine of the season, after his last one gave up in the Italian Grand Prix.[11][12] Sauber also had their C34 "heavily updated", with a nose that is shorter than the original, new engine and brake ducts, and revised front and rear wings.[13]

Debuting in his first F1 race, Alexander Rossi was doing well in the first practice session, until he crashed at turn 18, bringing out the red flags. The damage of his car's right-hand suspension was enough to prevent him from taking part in the session again, being in last place. However, his teammate Will Stevens was able to get into nineteenth. Nico Rosberg went fastest during the session, which Daniel Ricciardo took a faster lap than Lewis Hamilton until the latter improved, but it was not enough to beat Rosberg. Sebastian Vettel had some understeering, going off at turn 5, but was able to stop his car before it could hit the wall. He finished the session in fourth ahead of teammate Kimi Räikkönen. Fernando Alonso could not get into the top ten when his car had charging problems during the session, resulting in eleventh place. Because of his fuel systems malfunctioning, Daniil Kvyat was only able to have eight laps completed before he had to spend the rest of the session in the pit garage, being in eighteenth place, while Felipe Massa finished seventeenth.[14]

The stewards noticed that Felipe Nasr one time left the track at turn 2, and thought that he had passed while off the track, but gave no further action after he admitted having not overtook on the right of the kerb, along with the fact that it was not the qualifying session or the race.[15] Meanwhile, Carlos Sainz, Jr. was thought to have been speeding under the yellow flags on his twenty-fifth lap, but again did not get a penalty after explaining that the lap was abnormal.[16]

Surprisingly, rather than the Mercedes drivers being on the top of the results in the second session, Kvyat set the fastest time, which Hamilton and Rosberg were fourth and seventh respectively. Stevens only managed a couple of laps in the session, before his car received a power surge and went off at turn 11, making light contact with the wall, and also briefly bringing out the red flags. Alonso got an impressive eighth, but Jenson Button was in fourteenth place,[17] having said afterwards that he was hoping the car was better.[18] Sainz was fifteenth, having one time punctured his left-rear tyre when touching the wall at turn 5. Maldonado had a similar scene, where his car also touched a wall. Having to wait a couple of hours for his car to be repaired, Rossi managed to go on the track, setting a time faster than Stevens.[17] Speaking after the session, Hamilton said that he did think Red Bull and Ferrari would be faster during the session, while Vettel believed that it would be changed the next day.[19]