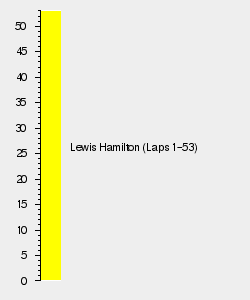 Medium and hard tyres were used by the drivers for the race.[2][3]

Like Monaco, the Japanese Grand Prix has only one DRS zone, being on the start/finish straight.[1]

After his collision with Felipe Massa in the Singapore Grand Prix, Nico Hülkenberg was given a three-place grid penalty.[4]

Being the first Japanese Grand Prix since Jules Bianchi's crash in the previous year's event that left him passing away in July 2015,[5] Marussia announced that they would mark their return in "a very private way".[6] Additionally, Lotus had to get hospitality from other teams for Thursday, after their equipment were late arriving, along with the fact that they could not use their hospitality unit when it was not paid in time due to problems with the team's money.[7] Meanwhile, Sergio Pérez was confirmed to be driving for Force India in 2016.[8]