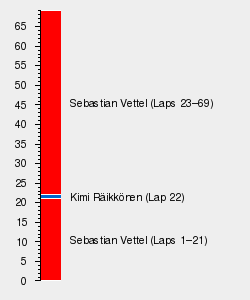 One week before the Grand Prix, it was announced that Jules Bianchi had died following his accident in the 2014 Japanese Grand Prix.[2] In honour of him, the drivers have messages of tribute on their helmets and cars,[3][4] while there was a one-minute silence before the race.[5] Additionally, the FIA decided to make his car number, 17, unavailable to other drivers in the future.[6] During the Thursday press conference, Romain Grosjean stated: "I cannot pick up a favourite memory because I’ve got too much with Jules. [...] He was a much better driver in go-karts than I was; he was a bit younger. Then he did follow up in all categories what I did and he won everywhere. I think we shared a lot with Jules." Bianchi was stated by Felipe Massa as "a great friend" of his, and also "very humble and an amazing driver".[7]

Soft and medium tyres were used during the race.[8]

One day before the first two practice sessions, Sauber announced that they would keep Marcus Ericsson and Felipe Nasr for 2016,[9] which a provisional calendar was also released for the season.[10]

Fabio Leimer also took part for Manor in the first practice session,[11] along with Jolyon Palmer for Lotus.[12]

With a couple of changes to the rules of penalties being applied to drivers who use a fifth engine, such as new power unit manufacturers being allowed to use more than four engines, McLaren have decided to use their sixth engine for the Grand Prix, with no trouble of getting penalties.[13]