Formula 1 Wiki
Register
Don't have an account?
Sign In
Advertisement
in: 2015 Grands Prix, British Grand Prix, Formula One races in the United Kingdom 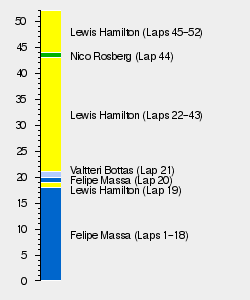 Medium and hard tyres were used in the Grand Prix.[3]

The Formula One Strategy Group also made agreements to make changes to the exhaust systems in 2016 so the engine noises would be improved.[4]

Force India have also made a couple of updates on their 2015 car,[5] while the rules using more than four power units had been revised, allowing McLaren to use another in the British Grand Prix.[6] One of the changes on Force India's car was a pair of "nostrils" on the nosecone.[7] Ferrari made a revision on their wheelnut system following Sebastian Vettel's slow pit stop in the Austrian Grand Prix,[8] and Marussia had a new livery after recently being sponsored by Flex-Box.[9]