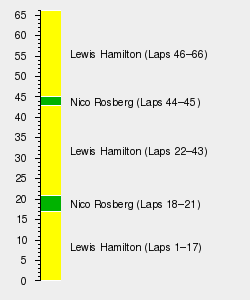 †Sebastian Vettel drops five places to 15th due to a gearbox change.

‡Pastor Maldonado starts at the back of the grid with permission of the stewards, having not set a time in Qualifying.


^ Pastor Maldonado failed to set a Q1 time, but races at stewards' discretion