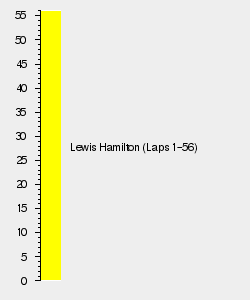 The 2014 Malaysian Grand Prix was the second race of the 2014 Formula One Season, set to take place at the Sepang International Circuit, Selangor, Malaysia over the weekend of 28-30th March 2014.

Lewis Hamilton would take a Grand Chelem as he would win the race by 17 seconds from teammate Nico Rosberg.

After the opening round in Australia, Nico Rosberg held a seven-point lead from Kevin Magnussen while in the constructor championship, McLaren-Mercedes held an eight-point lead from Mercedes.

*Sergio Pérez failed to make the grid due to engine problems, and could not start from the pit lane.