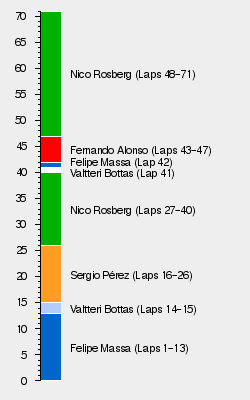 Formula One returned to Austria for the first time since 2003 on an unchanged track, but with a new name.

Lewis Hamilton's retirement meant that Nico Rosberg now led the championship by 22 points over his teammate. Mercedes lead Red Bull by 119 points in the constructors championship.

The two DRS zones are on the start-finish straight and between turns 2 and 3.