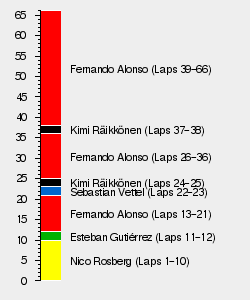 Ferrari's Fernando Alonso won in his home Grand Prix for the first time since 2006, ahead of Kimi Räikkönen of Lotus and his team-mate Felipe Massa.

The full entry list for the 2013 Spanish Grand Prix is shown below: