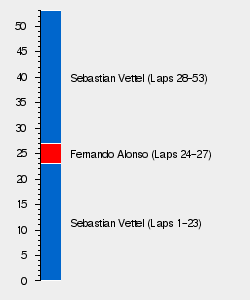 Vettel won the race by five seconds ahead of Fernando Alonso, with Webber completing the podium. Lewis Hamilton took the fastest lap, however, he finished a disappointing ninth.

The full entry list for the 2013 Italian Grand Prix is shown below: