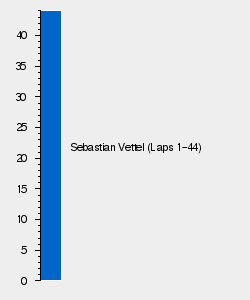 Mercedes driver, Lewis Hamilton started on pole for the fourth consecutive race. It was the British driver's seventh consecutive front-row start, and the ninth consecutive race to feature a Mercedes on the front row. Red Bull drivers, Sebastian Vettel and Mark Webber started in second and third respectively.

On the first lap, Vettel took the lead and raced clear to win by nearly 17 seconds ahead of Fernando Alonso, who have started in ninth. Vettel spent the entire race in first place. Hamilton took the final podium position.

The Circuit de Spa-Francorchamps is unchanged in layout from last year, with only minor off-track changes being made. The most significant of these is the run-off to the long, off-camber turn 5, which has been changed from gravel to tarmac.

There are two DRS zones for the race. The first is along the Kemmel Straight, starting beyond Radillon and ending at Les Combes. The second DRS zone lies along the much shorter start-finish straight, from the tight final chicane to La Source.

The full entry list for the 2013 Belgian Grand Prix is shown below: