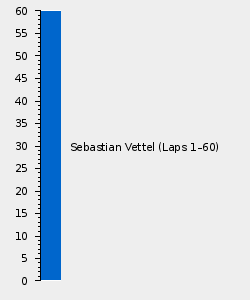 The 2011 Indian Grand Prix (officially 2011 Formula 1 Airtel Grand Prix of India) was race number 17 of the 2011 Formula One Season. It took place at the Buddh International Circuit on October 2011 2011. The race was won by Red Bull-Renault driver Sebastian Vettel with Jenson Button for McLaren-Mercedes in second and Fernando Alonso of Scuderia Ferrari in third. Sebastian Vettel secured a Grand Chelem in this race, the first of his career.

Retrieved from "https://f1.fandom.com/wiki/2011_Indian_Grand_Prix?oldid=50828"
Community content is available under CC-BY-SA unless otherwise noted.