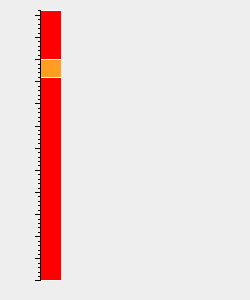 The 2009 Singapore Grand Prix, otherwise known as the 2009 Formula 1 SingTel Singapore Grand Prix, was the fourteenth round of the 2009 FIA Formula One World Championship, staged at the Marina Bay Street Circuit in Singapore on 27 September 2009.[1][2] The race would see Lewis Hamilton claim victory from pole position, as his main rival for the race win Sebastian Vettel was penalised with a drive-through penalty.[2]

Ahead of the race all of the attention would be on Renault, who received a two year suspended ban from F1 on 21 September 2009 as a result of an FIA investigation into the 2008 Singapore Grand Prix.[3] That investigation centred on allegations from Nelson Piquet, Jr. that he had been instructed to deliberately crash in the 2008 race, and hence allow teammate Fernando Alonso to claim victory.[3]

In response Renault announced that they would not contest the results of the investigation, as they dismissed Flavio Briatore (who received a lifetime ban from F1) and Pat Symonds (who was slapped with a five year ban).[3] Alonso and Piquet, the latter having been dropped by the team ahead of the 2009 European Grand Prix, were not punished for their involvement, although Renault's two major sponsors ING and Mutua Madrileña both cancelled their contracts with immediate effect.[4]

Into the race weekend itself and Hamilton would emerge on pole position in qualifying, beating Sebastian Vettel to top spot by three tenths of a second.[2] Nico Rosberg was a surprise third for Williams-Toyota ahead of Mark Webber, while Championship leader Jenson Button could only muster twelfth.[2]

The start of the race saw Hamilton make a good start to claim the lead, while Rosberg streaked past Vettel on the clean side of the grid.[2] Alonso would try to lunge past the German racer later around the opening lap, only for it to be blocked and Webber to pass the Spaniard off track at turn seven, with Timo Glock following him through.[2]

The early stages saw the order quickly settle, although Webber was instructed to let Alonso back past by the FIA, resulting in him dropping behind both Glock and the Spaniard.[2] Otherwise, the race would turn into something of a procession, with Hamilton, Rosberg and Vettel evenly spaced at the head of the field, while the Brawn-Mercedes were both out of the points.[2]

Vettel was the first of the lead trio to stop on lap seventeen, while Rosberg stopped a lap later but crucially crossed the white line at pit-out, earning him an immediate drive-through penalty.[2] That ruled him out of the long term race picture as Hamilton came in for his stop on lap twenty, before an accident brought out the Safety Car.[2]

The cause of the SC would be a collision between Adrian Sutil and Nick Heidfeld, after Sutil had spun trying to pass Jaime Alguersuari at turn fourteen.[2] The German racer was subsequently handed a $20,000 fine for dangerous driving, while several drivers including the Brawns made their first stops.[2]

The restart would see Hamilton and Vettel sprint clear at the head of the field, exchanging barrages of fastest laps as Rosberg slipped to the back after serving his drive through.[2] That left a heavily fuelled Glock in third, with the second round of stops commencing when Vettel made his stop on lap 39, although a mistake on the pit limiter meant he was given a penalty for speeding in the pitlane.[2]

However, Red Bull-Renault's race was about to go from bad to worse, as Webber suffered a brake failure and crashed at turn one, although there was no need for the SC to be deployed.[2] Regardless, McLaren and Toyota would pit their cars, while Vettel damaged his car kerb hopping trying to compensate for his drive-through.[2]

Once Vettel served his penalty the race was over, with Hamilton cruising through the closing stages to claim victory ahead of Glock.[2] Alonso was third and controversially dedicated his podium finish to Briatore, while Vettel fended off a late charge from Button to secure fourth.[2] Button himself would suffer from a brake issue late on but had enough to keep teammate Rubens Barrichello at bay for fifth, while Heikki Kovalainen and Robert Kubica claimed the remaining points.[2]

Victory for Rubens Barrichello left the Brazilian racer fourteen points off the lead in the Drivers Championship, and signalled his intent to challenge for the title. Indeed, second for Jenson Button in Italy had reduced the damage to his lead, moving him onto 80 points for the season. Behind Sebastian Vettel and Mark Webber were still in the hunt in third and fourth, while Kimi Räikkönen in fifth was mathematically out of contention, for he could not beat Button even if he won all four remaining races.

At the conclusion of the European phase of the season it was Brawn-Mercedes who were in command of the Constructors Championship, as their Italian one-two moved them onto 146 points. Red Bull-Renault were still in second, but had slipped 40.5 points behind with 76 points left to fight for in the final four rounds. Behind, Ferrari were officially out of the fight in third, but had a fair advantage of fifteen points over McLaren-Mercedes in fourth.

The full entry list for the 2009 Singapore Grand Prix is outlined below:

The full qualifying results for the 2009 Singapore Grand Prix are outlined below:

The full results for the 2009 Singapore Grand Prix are outlined below:

The Championship picture had not changed too drastically as a result of the Singapore Grand Prix, with Jenson Button retaining a fair advantage of fifteen points. Rubens Barrichello was still his closest challenger, while Sebastian Vettel had remained in the hunt with three rounds to go, although he faced a huge deficit of 25 points. Mark Webber, meanwhile, was officially out of the fight in fourth on 51.5 points, while racer winner Lewis Hamilton had moved up to sixth.

In the Constructors Championship Brawn-Mercedes had inched closer to their maiden Championship at their first attempt, moving onto 153 points with three rounds to go. Red Bull-Renault had, however, retained a slight hope of challenging for the title on 110.5 points, but would have to outscore Brawn by seven points in Japan to remain in the hunt. Behind, Ferrari had just kept McLaren-Mercedes at bay to hold third, while Toyota had remained in fifth.