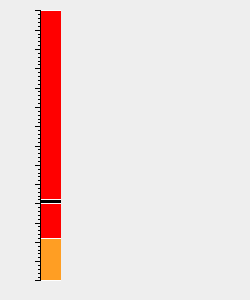 The 2009 Hungarian Grand Prix, officially Formula 1 ING Magyar Nagydíj 2009, was the tenth race of the 2009 FIA Formula One World Championship, held on 26 July 2009 at the Hungaroring in Budapest, Hungary.[1][2] The race would see Lewis Hamilton claim a surprise victory for McLaren-Mercedes, marking the first time that a KERS equipped car had won a Grand Prix.[2]

Qualifying had also thrown up a surprise result, as Fernando Alonso claimed pole position for Renault, ahead of Sebastian Vettel and Mark Webber of Red Bull-Renault.[2] However, his feat would be overshadowed by a horrific accident for Felipe Massa, who was left unconscious after hitting a small piece of debris from Rubens Barrichello's Brawn-Mercedes.[2]

The Ferrari pilot had been struck just above his left-eye by the debris, and had then slammed into the barriers at turn four, although swift medical attention ensured that Massa made it to hospital in a critical but stable condition.[2] It was later revealed that he had suffered a skull fracture and concussion, and would remain at the Állami Egészségügyi Központ hospital in Budapest for surgery, ruling him out for the rest of the season.[2]

As a result Ferrari would only field one car in the Grand Prix itself, with Kimi Räikkönen duly inspiring Ferrari hearts by leaping up to fourth at the start.[2] He would therefore slot in between the two Red Bulls, which had both been passed by a flying Hamilton, while Alonso had retained the lead from pole.[2]

Räikkönen would go on to tangle with Vettel on the opening lap after Hamilton ran wide and allowed Webber to attack, a move which ended with Webber in second ahead of the Brit and the Finn, while Vettel slipped back behind Nico Rosberg and Heikki Kovalainen.[2] Out front, meanwhile, Alonso was clear to establish a small lead, and duly did so as Hamilton hounded Webber for revenge.[2]

Hamilton would ultimately force his way through on lap five with the aid of KERS, before going off to hunt Alonso out front.[2] It was not long before the #1 McLaren loomed large in the #7 Renault's mirrors, with Alonso ultimately abandoning the lead on lap twelve for an early stop, with a combination of tyre graining and a fuel pump issue reducing his pace.[2]

Alonso's race came undone in that moment, as the Spaniard's pitcrew released him with a lose front-right wheel, which duly fell off partway around his out lap.[2] He limped back to have a new wheel fitted but would only complete one more tour before retiring, the result of a complete fuel pump failure.[2]

Out front, meanwhile, Hamilton would check out at the head of the pack, building a six second lead with a succession of fastest laps.[2] Räikkönen and Webber, meanwhile, would pit on lap nineteen, resulting in the Finn getting ahead of the Red Bull, after Webber had been released into the side of the Ferrari.[2] The Australian would then narrowly avoid the Williams pitcrew awaiting Rosberg, resulting in Webber being put under investigation for an unsafe release.[2]

The rest of the race would pass without too much on-track drama, although Vettel's pace collapsed as his front wing fell apart mid-race.[2] Championship leader Jenson Button, meanwhile, would rise up the field as a result of a long first stint, but slipped back after making his stop, while Webber escaped punishment for his pit escapade.[2]

With that the race was run, with Hamilton securing a surprisingly dominant victory for McLaren ahead of Räikkönen, while Webber finished a lonely third.[2] Rosberg was next ahead of Kovalainen and Timo Glock, while Button claimed seventh to extend his Championship lead.[2]

Jenson Button had seen his Championship lead once again reduced as a result of the German Grand Prix, although the Brit still held a 21 point advantage at the head of the pack. Sebastian Vettel had done the damage, moving up into second on 47 points, while race winner Mark Webber had climbed to third with 45.5 points. Rubens Barrichello had been the big loser as he slipped to fourth, while Felipe Massa had climbed into the top five with 22 points.

In the Constructors Championship Brawn-Mercedes moved onto 112 points as they continued to lead the Championship hunt, although their advantage had taken a blow. Indeed, a second one-two for Red Bull-Renault in as many races had left the Austro-Anglo-French alliance 19.5 points behind the Anglo-German squad, with those two set to duel for the title during the second half of the season. Toyota, meanwhile, had retained third, albeit just 2.5 points ahead of Ferrari, while Williams-Toyota had enhanced their hold on fifth.

The full entry list for the 2009 Hungarian Grand Prix is outlined below:

The full qualifying results for the 2009 Hungarian Grand Prix are outlined below:

The full results for the 2009 Hungarian Grand Prix are outlined below:

The rather confused order to the Hungarian Grand Prix meant that Jenson Button had once again retained a healthy advantage in the Championship hunt, leaving Hungary with 70 points to his credit. That translated to an 18.5 point lead over a now second placed Mark Webber, who had moved 4.5 points ahead of his teammate Sebastian Vettel. Behind, Rubens Barrichello had retained fourth ahead of Nico Rosberg, while race winner Lewis Hamilton had jumped to eighth.

In the Constructors Championship Brawn-Mercedes would head into the summer break with 114 points, meaning they still held an ever dwindling advantage atop the Championship. Red Bull-Renault had hence reduced the gap in Hungary, leaving the Eastern European circuit 15.5 points behind the Anglo-German alliance. Behind, Ferrari had eased into third ahead of Toyota, while McLaren-Mercedes had moved back into fifth ahead of Williams-Toyota.