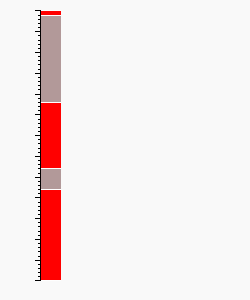 The 2001 Spanish Grand Prix, formally the XLIII Gran Premio Marlboro de Espana, was the fifth round of the 2001 FIA Formula One World Championship held on 29 April 2001 at the Circuit de Catalunya in Barcelona, Spain.[1] The race would see Michael Schumacher and Mika Häkkinen "duel" for victory mid-race, until the Finn hit trouble with a engine issue and retired on the final tour while leading.[1]

Qualifying had seen Schumacher sweep to his fourth pole position of the campaign, edging out Häkkinen by less than a tenth of a second.[1] Their teammates David Coulthard and Rubens Barrichello would share the second row, with Ralf Schumacher best of the rest for Williams-BMW in fifth.[1]

It would be an even start from the front row for Michael Schumacher and Häkkinen, with the pair holding their one-two status through the first few corners.[1] Behind, Coulthard had been sent to the back of the field after stalling on the formation lap, and duly damaged his front wing while squabbling with back markers, while Heinz-Harald Frentzen made an awful start to plummet from eighth to last.[1]

Schumacher and Häkkinen would steadily ease clear of Barrichello and the rest of the field in the early stages, as the order quickly settled behind them.[1] Indeed, most of the action was to be found outside of the top ten, with Olivier Panis taking tenth from Kimi Räikkönen, while Frentzen took a returning Pedro de la Rosa out of the race with an ambitious lunge around the outside of turn ten.[1]

Indeed, the race proved to be rather tepid until the pitstops were completed, with Schumacher and Häkkinen exchanging barrages of quick laps without the Finn seriously challenging.[1] Behind, however, there would be excitement as Barrichello slipped back towards the pack, finding himself in a fight with Juan Pablo Montoya and Jacques Villeneuve for third until his suspension failed.[1]

With that the Finn broke clear, and was set to claim a confidence boosting victory until his Mercedes engine had a huge cough as he completed the penultimate lap.[1] By turn three the McLaren was trailing smoke and crawling to a stop on the inside of the circuit, handing the lead to Schumacher with less than a lap to go.[1]

A minute later and a relieved Schumacher swept across the line to claim victory, some forty seconds clear of the man in second.[1] That man was Montoya, clinching his first podium finish in his fifth Grand Prix, having escaped from the clutches of Villeneuve once Barrichello disappeared.[1] The Canadian himself claimed a maiden podium for BAR as a constructor, with Jarno Trulli, Coulthard and Nick Heidfeld claiming the remaining points.[1]

David Coulthard moved level on points with Championship leader Michael Schumacher at the head of the Championship hunt in San Marino, although the German's two wins to the Scot's one meant that the latter had the de jure lead. Rubens Barrichello was next, twelve off the lead, while Ralf Schumacher's maiden F1 triumph had catapulted him into fourth, two behind the Brazilian. Nick Heidfeld then completed the top five ahead of Heinz-Harald Frentzen, with Kimi Räikkönen the last of the scorers in eleventh.

In the Constructors Championship Ferrari had seen their lead take a battering on home soil, although the Scuderia still held a ten point advantage leaving Imola. McLaren-Mercedes had done the damage, moving onto 30 points after the opening four rounds, with an eighteen point gap between themselves and the now third placed Williams-BMW. Jordan-Honda were next ahead of Sauber-Petronas, with BAR-Honda and Benetton-Renault the only other early scorers.

The full entry list for the 2001 Spanish Grand Prix is outlined below:

The full qualifying results for the 2001 Spanish Grand Prix are outlined below:

The full results for the 2001 Spanish Grand Prix are outlined below:

Victory had put Michael Schumacher back in command of the 2001 FIA Formula One World Championship, leaving Spain with an eight point advantage. David Coulthard remained his closest challenger on 28 points, double the tally of third placed Rubens Barrichello suggesting that the Scot would be the German ace's closest challenger with almost a third of the season completed. Behind, there was no change to the rest of the top five, Ralf Schumacher and Nick Heidfeld holding station, while Juan Pablo Montoya and Jacques Villeneuve had registered their first points of the campaign.

In the Constructors Championship Ferrari had restored their one race advantage over the rest of the field, moving onto a half century in Barcelona with 50 points. McLaren-Mercedes were still their largest threat, leaving Spain eighteen behind, with a fourteen point advantage of their own over third placed Williams-BMW. Jordan-Honda, Sauber-Petronas, BAR-Honda and Benetton-Renault, meanwhile, had held station as the only other scorers.