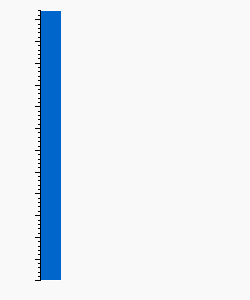 The 2001 San Marino Grand Prix, officially known as the 21° Gran Premio Warsteiner di San Marino, was the fourth round of the 2001 FIA Formula One World Championship, staged at the Autodromo Enzo e Dino Ferrari in Imola, Italy, on 15 April 2001.[1] The race would see Ralf Schumacher sweep to his maiden F1 victory at the wheel of a Williams-BMW, the first for the German engine manufacturer since the 1986 Mexican Grand Prix.[1]

Qualifying had seen David Coulthard claim pole position to end Michael Schumacher's seven race streak, with himself and McLaren-Mercedes teammate Mika Häkkinen securing a front-row lockout.[1] Ralf Schumacher secured third ahead of his elder brother, with Jarno Trulli claiming fifth for Jordan-Honda ahead of Rubens Barrichello in the second Ferrari.[1]

The race would ultimately be decided at the start, for Ralf Schumacher made a stunning getaway to streak past the two McLarens, grabbing the lead into the sweeping first corner.[1] However, he would immediately be put under investigation for a jump start, as would Coulthard and Olivier Panis after some reports of movement before the lights.[1]

As they were investigated the weaker cars in the field would be removed in the early stages, with Jos Verstappen and Fernando Alonso both dropping out due to damage sustained from kerbs.[1] Kimi Räikkönen was another early drop out due to steering damage, before Michael Schumacher dropped out on lap 20 after a puncture managed to destroy his suspension.[1]

Out front, meanwhile, neither Ralf Schumacher nor Coulthard would be penalised for jumping the start, and duly stopped from the head of the field on lap 27.[1] Häkkinen came in a lap later along with Barrichello, although there would be no changes to the order as a result of the first round of stops.[1]

Indeed, it was only at the second round of stops that a rather tepid race had some action, with Häkkinen steadily gaining on Barrichello, while Juan Pablo Montoya stalled in the pits.[1] Fortunately the Williams pitcrew were able to fire the #6 car back up again, only for the Colombian racer to demolish his clutch as he tried to vault back into the race.[1]

Furthermore, with eight laps to go Ralf Schumacher's race was put in doubt, with the Williams team noting that the German racer was losing oil pressure.[1] They signalled to Schumacher that he had to conserve his engine and ease his pace, allowing Coulthard to begin taking large chunks out of his lead.[1]

Ultimately, however, the Scot would run out of time to catch the #5 car, with Ralf Schumacher sweeping home to claim his maiden F1 victory four seconds clear of Coulthard.[1] Barrichello, meanwhile, would keep Häkkinen at bay for third, with Trulli and Heinz-Harald Frentzen completing the points for Jordan.[1]

Victory for David Coulthard had not only ended Michael Schumacher's six race unbeaten run, but also ensured that the Scot made valuable ground in the Championship hunt. Indeed, Coulthard would leave Brazil just six points behind the German ace, and move ten clear of Rubens Barrichello in third. Behind, Nick Heidfeld had moved back into fourth ahead of Heinz-Harald Frentzen, with eleven drivers on the score sheet after the opening three rounds.

In the Constructors Championship it was still advantage Ferrari after the opening three rounds, the Scuderia leaving Brazil on 36 points. Their advantage had, however, been cut to fifteen by McLaren-Mercedes after Coulthard's win, keeping them within a race's worth of points to the early leaders. Behind, Sauber-Petronas had moved into third ahead of Jordan-Honda, as BAR-Honda and Benetton-Renault claimed their first points of the campaign.

The full entry list for the 2001 San Marino Grand Prix is outlined below:

The full qualifying results for the 2001 San Marino Grand Prix are outlined below:

The full results for the 2001 San Marino Grand Prix are outlined below:

David Coulthard moved level on points with Championship leader Michael Schumacher at the head of the Championship hunt in San Marino, although the German's two wins to the Scot's one meant that the latter had the de jure lead. Rubens Barrichello was next, twelve off the lead, while Ralf Schumacher's maiden F1 triumph had catapulted him into fourth, two behind the Brazilian. Nick Heidfeld then completed the top five ahead of Heinz-Harald Frentzen, with Kimi Räikkönen the last of the scorers in eleventh.

In the Constructors Championship Ferrari had seen their lead take a battering on home soil, although the Scuderia still held a ten point advantage leaving Imola. McLaren-Mercedes had done the damage, moving onto 30 points after the opening four rounds, with an eighteen point gap between themselves and the now third placed Williams-BMW. Jordan-Honda were next ahead of Sauber-Petronas, with BAR-Honda and Benetton-Renault the only other early scorers.