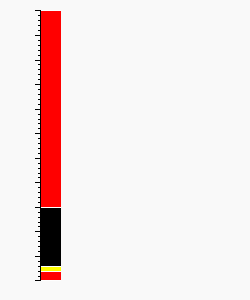 The 2001 Malaysian Grand Prix, officially advertised as the III Petronas Malaysian Grand Prix, was the second round of the 2001 FIA Formula One World Championship, held at the Sepang International Circuit in Sepang, Selangor, Malaysia on 18 March 2001.[1] The race, which was attended by 75,000 spectators, would see Michael Schumacher sweep to a stunning victory in mixed conditions, as a monsoon played havoc in the early stages.[1]

The German ace would start the weekend in fine form, sweeping to pole position ahead of Ferrari teammate Rubens Barrichello.[1] Ralf Schumacher was best of the rest for Williams-BMW ahead of Mika Häkkinen of McLaren-Mercedes, with the top twelve separated by two seconds.[1]

Race day dawned amid the final moments of an overnight monsoon, although the morning warm-up saw the circuit dry quickly as the field lapped on wet weather tyres.[1] The warm temperatures continued to dry the circuit ahead of the start, resulting in everyone bar Luciano Burti opting to start on the softest slicks possible.[1]

There would be drama ahead of the start, however, with Michael Schumacher making a late swap to his spare car, while Heinz-Harald Frentzen caused chaos with a misfire to hold up the left-hand side of the grid during the formation lap.[1] Fortunately for him he would be restored to his starting position at the end of the procession, for Giancarlo Fisichella made such a mess of lining up in his grid slot that the start had to be abandoned.[1]

Fisichella was subsequently sent to the back of the field and a lap struck from the race distance, with a second formation lap staged, albeit with Juan Pablo Montoya scrambling to the pits to take the spare Williams.[1] Regardless, the race would start at the second attempt, with Michael Schumacher streaking into the lead ahead of his brother Ralf.[1]

Yet, the younger Schumacher's race was effectively over come the first corner, for a battle with Barrichello left the #5 Williams spinning to the back of the field.[1] That left Michael in the lead ahead of Barrichello and Jarno Trulli, albeit with the skies suddenly darkening as rain swept back towards Sepang.[1]

The second lap saw Olivier Panis go flying off the circuit backwards at turn six, flames at the back of the BAR signalling that his Honda engine was spraying oil.[1] At the same moment the first spots of rain began pounding the circuit, sending both Ferraris off when they came across the scene moments later.[1]

Indeed, the two scarlet cars would have a narrow escape as they scrambled back on to the circuit, for several drivers wound up in the gravel and barriers moments later as rain began to swamp the circuit.[1] Come the end of the lap everyone was on their way to the pits, with David Coulthard leading from Barrichello and Michael Schumacher.[1]

The Safety Car was called to the circuit on lap five, by which stage the two Ferraris had tumbled to tenth and eleventh as the Scuderia's mechanics opted to clear both cars of gravel as they stopped at the same time.[1] However, they had also gambled on intermediates in-spite of the conditions, having noticed that the rain already appeared to be easing even as the safety car emerged.[1]

By lap seven the rain had all but stopped, although the safety car remained on circuit for a further three laps.[1] Coulthard duly aced the restart on his full wets to claim an early lead from Jos Verstappen, while the two Ferraris began to charge their way back up the order.[1]

Indeed, within five laps of the restart Schumacher would leap from eleventh to first, lapping over five seconds a lap quicker than Coulthard as he surged past the Scot.[1] He duly sprinted clear to build a dominant lead, trailed by Barrichello, leaving Coulthard to lead the field in for slicks on lap 25.[1]

Yet, the Scot's early gamble would not pay off, for Schumacher and Barrichello would emerge from their stops five laps later still with a healthy margin en-route to a dominant one-two.[1] Coulthard completed the podium but highlighted that the McLaren was not quite running at full potential, with the rest of the points going to Frentzen, a recovered Ralf Schumacher and a quiet Mika Häkkinen.[1]

In the Constructors Championship it was Ferrari who led the way after their double podium, starting their title defence with 14 points on the board. McLaren-Mercedes were their closest challengers, already eight behind, with Sauber-Petronas and Jordan-Honda the only other scorers.

The full entry list for the 2001 Malaysian Grand Prix is outlined below:

The full qualifying results for the 2001 Malaysian Grand Prix are outlined below:

The full results for the 2001 Malaysian Grand Prix are outlined below:

A second victory in two races in 2001 had left Michael Schumacher with command in the Championship after the opening two rounds, leaving Malaysia with a full twenty points to his name. That translated into a ten point advantage over the men in second, with David Coulthard and Rubens Barrichello level on ten points after a second and third place finish apiece. Heinz-Harald Frentzen and Nick Heidfeld then completed the top five, with eight drivers on the score sheet.

In the Constructors Championship Ferrari had also established a strangle hold after the opening two rounds, leaving Malaysia with 30 points in their grasp. McLaren-Mercedes were their closest challengers, but were already nineteen points behind after just two races, and with a seemingly inferior car. Behind, Jordan-Hart completed the early top three ahead of Sauber-Petronas, with Williams-BMW the only other scorers.