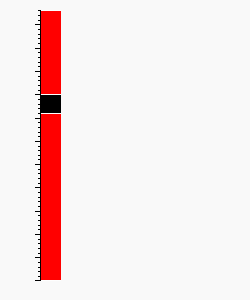 Yet, there would be no changes at the top end of the field, with Ferrari and their lead driver Michael Schumacher arriving as the favourites to retain their crowns from 2000.[1] The German ace duly claimed pole position for the opening round, setting a lap four seconds faster than the previous record, with teammate Rubens Barrichello beating McLaren's Mika Häkkinen to second.[1]

Raceday dawned cool and grey, with McLaren emerging fastest in the warm-up, although their hopes were immediately dashed at the start, for Schumacher made a barnstorming start to claim the lead.[1] Barrichello, meanwhile, would bog down and hence was unable to prevent Häkkinen's bid for second, while behind David Coulthard had a bruising battle with Heinz-Harald Frentzen and Ralf Schumacher into the first corner, bouncing off both before slipping back down the field.[1] Button used the spare Benetton; his mechanics remained on the grid to work on the car before the formation lap began, entailing an investigation by the race stewards resulting in Button incurring a ten-second stop-go penalty.

Montoya likewise had an eventful start, charging up the field only to slide into the grass at turn one, before tipping Eddie Irvine into a half-spin at turn three.[1] Ralf Schumacher, meanwhile, would hold onto fourth until the start of the second lap, only to crack under pressure from Barrichello braking for turn one and slide onto the grass.[1]

Barrichello subsequently claimed third from Frentzen with an aggressive move into turn one a lap later, resulting in the Jordan sliding into the gravel.[1] However, that would be overshadowed by a huge accident a few moments later, as Ralf Schumacher and Jacques Villeneuve tangled on the run to turn three, sending the BAR-Honda spiralling through the air.[1]

Both Schumacher and Villeneuve emerged unscathed, although marshal Graham Beveridge was less fortunate, having received a fatal impact from a wheel thrown from Villeneuve's car.[1] The Safety Car was called to allow the incident to be cleared, with the race resuming on lap fifteen.[1]

Häkkinen's race would come to an end a few laps later, a suspension failure pitching his car into the wall, handing second to Barrichello.[1] However, the Finn's teammate Coulthard was steadily reeling in the #2 Ferrari, and would duly snatched second from the Brazilian when Barrichello misjudged a move to lap Alonso into the first corner.[1]

With that the race was effectively over, for Coulthard was unable to catch Michael Schumacher out front after the pitstops.[1] The German ace hence collected his 45th career victory ahead of the Scot, with Barrichello completing the podium.[1] Behind them came Nick Heidfeld, Frentzen and the debutante Räikkönen, albeit after Olivier Panis was penalised for overtaking the former under yellow flags.[1]

The full entry list for the 2001 Australian Grand Prix is outlined below:

The full qualifying results for the 2001 Australian Grand Prix are outlined below:

The full results for the 2001 Australian Grand Prix are outlined below:

Michael Schumacher would, unsurprisingly, lead the World Championship after the opening race, leaving Australia with a four point advantage over David Coulthard. Rubens Barrichello likewise completed the early top three ahead of Nick Heidfeld, with Heinz-Harald Frentzen and Kimi Räikkönen the other opening day scorers.

In the Constructors Championship it was Ferrari who led the way after their double podium, starting their title defence with 14 points on the board. McLaren-Mercedes were their closest challengers, already eight behind, with Sauber-Petronas and Jordan-Honda the only other scorers.