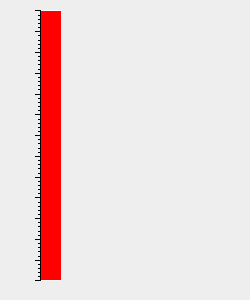 The 1995 Spanish Grand Prix, otherwise officially advertised as the XXXVII Gran Premio Marlboro de España, was the fourth round of the 1995 FIA Formula One World Championship, staged at the Circuit de Catalunya near Barcelona, Spain, on the 14 May 1995.[1] The race would see Michael Schumacher claim a dominant victory to return to the Championship lead, leading home a Benetton-Renault one-two.[1]

The F1 circus would arrive at a revised Circuit de Catalunya for the fourth round of 1995, with major re-profiling of several sections and extended run-off areas.[1] Otherwise, the field would run largely as it had in San Marino, with Martin Brundle replacing Aguri Suzuki at Ligier-Mugen-Honda.[1]

Qualifying would see Schumacher sweep to pole position by a an ominously significant margin, although it would take a full night's work from Benetton to completely rebuild the car.[1] Indeed, it was Ferrari who had looked strongest on Friday, with Jean Alesi ahead of Gerhard Berger, although they had to settle for second and third on the grid.[1]

There would be confusion at the start of the race, with a wiring fault on the starting lights meaning the green lights, which officially signalled the start of the Grand Prix, failed to light up.[1] That led to several drivers being caught out, David Coulthard and Nigel Mansell the most significant victims, while others sprinted away from the grid.[1]

Schumacher was one of those to start the moment the red lights went out, and duly assumed the lead ahead of Alesi.[1] Damon Hill was next, jumping Coulthard and Berger off the grid, with Coulthard himself scrambling away in seventh, while Mansell tumbled to fourteenth.[1]

Coulthard would lose more time battling his way back into the top five, Mika Häkkinen proving particularly troublesome for the Scot.[1] Mansell, meanwhile, would spin early on before stopping in the pits, before climbing out of the car and walking away, ending his F1 career on the spot with his McLaren-Mercedes declared "undriveable".[1]

Back into the race itself and Schumacher would set a stunning series of laps in the early stages to build a huge lead, although Alesi and Hill would gradually close the gap as the race wore on.[1] Hill would then drop back having opted to use a three-stop strategy, leaving Alesi as the only significant threat to Schumacher.[1]

That was, until the #27 Ferrari's engine failed, leaving Schumacher on his own at the head of the field ahead of Hill and Coulthard.[1] Coulthard subsequently dropped out of the race with a gearbox issue, while Hill's race was ruined on the final lap, a hydraulic leak on his gearbox seeing his pace collapse.[1]

Schumacher duly won the race at a canter, almost a full minute ahead of teammate Johnny Herbert whom had passed Hill's limping Williams-Renault on the final lap.[1] Berger had also streaked past the #5 Williams on the final lap to complete the podium, with Hill limping across the line in fourth ahead of Eddie Irvine and Olivier Panis.[1]

A second victory in two races had catapulted Damon Hill to the top of the Championship with three races gone, the Brit leaving San Marino six clear at the head of the field. Michael Schumacher made way for the Brit and slipped to second, level on points with Jean Alesi. David Coulthard was next, level on points with Gerhard Berger, with nine drivers on the board after three rounds.

In the Constructors Championship, meanwhile, it was Williams-Renault who left San Marino at the head of the field, despite being level on points with former leaders Ferrari. The British squad were deemed ahead courtesy of having scored two wins, with the Scuderia yet to win in 1995. Benetton-Renault, meanwhile, were a distant third, sixteen off the leaders, with McLaren-Mercedes and Sauber-Ford Cosworth the only other scorers.

The full entry list for the 1995 Spanish Grand Prix is outlined below:

The full qualifying results for the 1995 Spanish Grand Prix are outlined below:

The full results for the 1995 Spanish Grand Prix are outlined below:

Victory for Michael Schumacher, combined with Damon Hill's last lap tumble ensured that he moved back to the top of the Championship, leaving Spain with 24 points to his name. Hill, meanwhile, would slip a point behind in second, with a nine point gap back to third placed Jean Alesi. Elsewhere, Gerhard Berger had moved up to fourth at the expense of David Coulthard, with the Scot himself slipping to sixth behind Johnny Herbert.

In the Constructors Championship it had been a very good afternoon for Benetton-Renault, with their one-two finish leaving them with 23 points. Indeed, while they had remained in third, it did ensure that they were just four points behind Championship leaders Ferrari, who had moved a point ahead of Williams-Renault to reclaim the lead. Elsewhere, McLaren-Mercedes looked to already be out of the fight in a distant fourth, while Jordan-Peugeot and Ligier-Mugen-Honda had added their names to the score sheet.