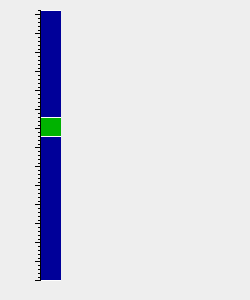 The 1995 Portuguese Grand Prix, otherwise known as the XXIV Grande Prémio de Portugal, was the thirteenth round of the 1995 FIA Formula One World Championship, staged at the Autódromo do Estoril in Estoril, Portugal, on the 24 September 1995.[1] The race would see David Coulthard secure an impressive maiden victory, as Damon Hill effectively gave up on the Championship by allowing Michael Schumacher to pass without too much resistance.[1]

The race was heralded by a couple of new-spec cars, with both Williams-Renault and McLaren-Mercedes bringing new equipment.[1] However, while the updated Williams FW17B was given a stamp of approval, McLaren were found to be completely confused by the rushed MP4/10C, resulting in the team rebuilding four different specifications of car during Saturday night.[1]

Into the weekend itself and Coulthard demonstrated the raw speed of the new FW17B perfectly, sweeping to pole position ahead of teammate Hill.[1] Schumacher was best of the rest in third ahead of Gerhard Berger, while the two McLarens of Mark Blundell and Mika Häkkinen found themselves down in twelfth and thirteenth respectively.[1]

Williams ultimately decided to use the established FW17 for the race itself, deciding that reliability would be a better weapon than raw speed.[1] Regardless, it would be formation flying from the Williams' at the start, although the race would barely get underway before it was red flagged.[1]

The cause was Ukyo Katayama, who had a huge accident after darting across the nose of Luca Badoer, resulting in the Tyrrell-Yamaha getting flipped upside down and skating across the circuit.[1] The race was instantly red flagged after the upside-down Japanese racer slammed into Andrea Montermini, and would be pulled from his car unconscious.[1] Fortunately, Katayama would wake-up en-route to hospital, and was later diagnosed with a strained neck and bruising.[1]

The wrecked Tyrrell was swept away and the field reset to qualifying order, with a full restart from the starting grid.[1] This time Coulthard would get a storming start to claim an early lead, while Hill lost out to Schumacher as the pair jousted on the brakes for turn one.[1]

Hill's relatively poor start prompted Williams to swap his strategy early on, putting the Englishman on a two stop.[1] He duly backed off to conserve his fuel and tyres, meaning Coulthard and Schumacher, both on three stops, would quickly pull clear of the #5 Williams.[1]

Ultimately the ploy would work, with Hill rising to second once the pitstop window was complete, equi-distant between Coulthard in first and Schumacher in third.[1] However, it quickly became clear that Schumacher had far superior pace, and would Coulthard too far ahead for team orders to come into effect, it was down to Hill to defend second.[1]

It therefore came as a huge surprise when Hill completely failed to recognise Schumacher's first attack, leaving the inside line at Gancho undefended.[1] The German ace duly dived inside the Brit to claim second, before powering away on much fresher rubber to chase after Coulthard.[1]

Further down the field Ferrari were doing their best to divide and conquer their own drivers, first by ordering Jean Alesi to move aside for Berger, before deliberately delaying Alesi during one of his stops.[1] That would get Berger ahead of the Frenchman, although it also allowed Heinz-Harald Frentzen in the Sauber-Ford Cosworth to get past the #27 Ferrari.[1]

With that the race was over, with Coulthard able to keep Schumacher at arm's length to claim his maiden victory, collecting fastest lap as well.[1] Schumacher was second ahead of a very quiet Hill, with Berger in fourth ahead of Alesi and Frentzen, the Frenchman having quickly got back ahead of the German before hunting down his teammate in the closing stages.[1]

There was no change to the top of the Championship standings as a result of the Italian Grand Prix, with Schumacher and Hill still separated by fifteen points, and both holding a suspended one-race ban. Behind, however, there had been some significant changes, with Johnny Herbert having leapt up to third ahead of Jean Alesi and David Coulthard, with nine points covering the trio. Elsewhere, Mika Häkkinen had shot into the top ten behind Heinz-Harald Frentzen, with seventeen drivers on the board.

In the Constructors Championship it had been a positive day for Benetton-Renault, who were the only top three team to score in Italy. Herbert's victory ensured that they established a twenty point lead over Williams-Renault at the head of the field, while Ferrari were now 37 points behind in third. Elsewhere, McLaren-Mercedes had been another big winner, moving into fourth ahead of Sauber-Ford Cosworth, while Jordan-Peugeot slipped to seventh, albeit just seven points off of McLaren in fourth.

The full entry list for the 1995 Portuguese Grand Prix is outlined below:

The full qualifying results for the 1995 Portuguese Grand Prix are outlined below:

The full results for the 1995 Portuguese Grand Prix are outlined below:

With Damon Hill slipping behind Michael Schumacher during the race there was little surprise that the German ace left Portugal with an enhanced lead in the Championship. Indeed, the top two in the Championship were now split by seventeen points with four rounds to go, with Hill needing to win the majority of the races to challenge. Behind, the fight for third had got more intense, with David Coulthard having moved ahead of Johnny Herbert and Jean Alesi, with just five points between the trio.

Benetton-Renault broke through the 100 point barrier in Portugal, although their lead atop the Constructors Championship had been reduced. Indeed, Williams-Renault had left Estoril twelve points behind their compatriots, and with Ferrari 38 points off the lead in third, seemed to be Benetton's only challengers to the throne. Ferrari themselves, meanwhile, were set to finish no lower than third, with almost three times the number of points of McLaren-Mercedes in fourth.