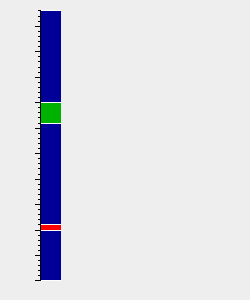 The 1995 Japanese Grand Prix, otherwise officially known as the XXI Fuji Television Japanese Grand Prix (XXIフジテレビ日本グランプリ in Japanese) was the sixteenth and penultimate round of the 1995 FIA Formula One World Championship, staged at the Suzuka Circuit in Mie Prefecture, Japan, on the 29 October 1995.[1] The race would see Michael Schumacher collect his ninth win of the season, securing the Constructors Championship for Benetton-Renault with a race to spare.[1]

The entire weekend would be dominated by Schumacher, with the German double Champion sweeping to pole position ahead of Jean Alesi of Ferrari.[1] Mika Häkkinen was next for McLaren-Mercedes, while the two Williams-Renaults of Damon Hill and David Coulthard, widely believed to be the fastest car in the field, would line-up in fourth and sixth respectively.[1]

Wet tyres would be the order of the day for the start of the race, with pre-race rain ensuring that the circuit was very damp.[1] Regardless, it was Schumacher who slithered off the line best to claim an early lead, while Alesi was slapped with a ten second stop-go for jumping the start.[1]

Alesi served his penalty at the start of the fourth lap, before coming in a lap later for slicks, knowing he had to gamble having thrown away his chance of victory by jumping the start.[1] However, that gamble would quickly pay off, with Alesi soon catching the back markers while almost matching Schumacher's times out front.[1]

Indeed, Alesi's charge would only be interrupted by Pedro Lamy, who clumsily ran the Frenchman off the circuit having misread where the #27 Ferrari was attacking from.[1] Despite that, however, Alesi would be just six seconds behind Schumacher when the German ace rejoined from his slick stop, despite having effectively served two stops to Schumacher's one.[1]

Alesi ran in a comfortable second for the foreseeable future, until a rather predictable mechanical failure ended his race.[1] That put the two Williams-Renaults into second and third, just in time for them to throw their race away.[1]

First to go was Hill, who suddenly went off at Spoon as rain returned to the circuit, and duly had to stop for a new front wing and have gravel cleared from his car.[1] Coulthard inherited second and then slid into the gravel at the exact same spot, and would rejoin with gravel filling his radiators.[1] That gravel then shot out of the front of the Williams when he hit the brakes for 130R, and hence caused the Scot to spin out of the race on his own detritus.[1]

Hill, meanwhile, would rejoin in third behind Häkkinen, and was pushing hard having been told that he had received a penalty for speeding in the pitlane.[1] That, however, would have no impact on the Englishman's race, for he would go skating off the circuit on the gravel left by Coulthard at Spoon and crash out of the race.[1]

With that the race was effectively over, with Schumacher cruising home to secure Benetton-Renaults eleventh win of the season.[1] Häkkinen was a strong second to show the progress that Mercedes had made across the season, while Johnny Herbert completed the podium in the second Benetton.[1]

The full entry list for the 1995 Japanese Grand Prix is outlined below:

The full qualifying results for the 1995 Japanese Grand Prix are outlined below:

The full results for the 1995 Japanese Grand Prix are outlined below:

Michael Schumacher added to his already all-conquering tally with victory in Japan, leaving Suzuka with 102 points to his name. Damon Hill, meanwhile, had secured second in the Championship for a second successive season, although he would be out to beat Schumacher at the season finale to reverse his recent run of relatively poor form. David Coulthard, meanwhile, would face a fight to hold third at the finale, with Johnny Herbert and Jean Alesi both within striking distance.

A second double-podium of the season for Benetton-Renault ensured that they claimed the Constructors Championship with a race to spare, ending the weekend on 137 points. Williams-Renault would therefore have to settle for second on 102 points, while Ferrari were confirmed in third on 73. The intrigue heading into the finale would therefore be on the fight to complete the top five, with McLaren-Mercedes and Jordan-Peugeot leading that fight ahead of the trip to Australia.