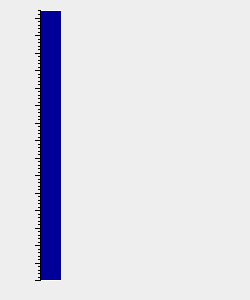 The 1995 Hungarian Grand Prix, otherwise known as the XI Marlboro Magyar Nagydíj, was the tenth round of the 1995 FIA Formula One World Championship, staged at the Hungaroring near Budapest, Hungary, on the 13 August 1995.[1] The race would see Damon Hill claim a dominant victory to re-ignite his title hopes, as Championship leader Michael Schumacher retired late on.[1]

The start of the race would see the two Williams-Renaults get away in flying formation, Hill sweeping into the lead ahead of Coulthard.[1] Schumacher briefly challenged the Scot but had to settle for third, with the rest of the field largely getting away in grid order.[1]

Immediately, Hill began to ease away at the head of the field, leaving Coulthard and Schumacher to fight for second.[1] Those two would also pull clear of the fight for fourth between the two Ferraris and Häkkinen, which would be settled when the Finn's Mercedes blew itself apart in the back of his McLaren.[1]

Yet, the Hungaroring was not a circuit famed for overtaking, and so it would take a mistake from Coulthard to allow Schumacher to sweep into second.[1] With that the German ace went charging off after Hill, although he would be unable to make serious in-roads into the Brit's fifteen second lead before they swept into the pits.[1]

It was at this point that Schumacher's race went wrong, with the Benetton team suffering a failure on their fuel pump, resulting in fuel being sprayed on the floor of the garage rather then Schumacher's B195.[1] Fortunately the Benetton crew would be able to clean up the mess without incident, although Schumacher lost a huge amount of time as the team eventually managed to refuel his car.[1]

The result was a crushing lead for Hill, with the gap so large that the Brit emerged from his second stop alongside the German heading into the first corner.[1] That fight would ultimately be settled when Schumacher headed in for his second stop, with Hill untroubled for the rest of the afternoon.[1]

Schumacher, meanwhile, would run in second until an electrical issue ended his race with three laps to go, promoting Rubens Barrichello into third for Jordan-Peugeot.[1] Indeed, the Brazilian was the lead survivor of an epic fight between Ferrari, Jordan, McLaren and Ligier-Mugen-Honda, which had been settled by a series of failures.[1]

Out front, meanwhile, Hill was able to cruise home to claim a dominant victory, half a minute clear of Coulthard in second.[1] The Jordan team, meanwhile, would celebrate third for Barrichello by crowding the pitwall, only to see the Brazilian's engine expire as he came through the final corner.[1] He duly came across the line in seventh, having been passed by Berger, Johnny Herbert, Heinz-Harald Frentzen and Olivier Panis in the sprint to the line, just 1.2 seconds covering the quintet.[1]

As a result of Barrichello's failure the Jordan team would never climb on the pitwall again before the end of a Grand Prix out of superstition. The race was also notable for an incident involving Taki Inoue, who would be struck by the safety car while grabbing an extinguisher for his Footwork-Hart.

Michael Schumacher would leave Hockenheim with an increasingly daunting Championship lead heading into the second half of the season, having scored 56 points across the opening nine rounds. Indeed, in failing to score Damon Hill had slipped 21 points behind the German ace, with Jean Alesi in third a further three behind, making Schumacher the overwhelming favourite. Elsewhere, Johnny Herbert had closed in on those two in fourth, while David Coulthard had edged ahead of Gerhard Berger to secure fifth.

Like their lead driver Benetton-Renault had pulled out a fair lead in the Constructors Championship at the halfway point, leaving Germany win 71 points. That left their advantage over Ferrari at eighteen points, with Williams-Renault a point off the Scuderia in third. A huge gap then followed to fourth placed Jordan-Hart, while Ligier-Mugen-Honda had moved a point ahead of McLaren-Mercedes at the halfway stage.

The full entry list for the 1995 Hungarian Grand Prix is outlined below:

The full qualifying results for the 1995 Hungarian Grand Prix are outlined below:

The full results for the 1995 Hungarian Grand Prix are outlined below:

Victory for Damon Hill would alleviate fears that Michael Schumacher was simply going to runaway with the title, the Brit leaving Hungary eleven behind the German ace. Indeed, it seemed as if the pair had very similar pace, and it was only the unreliability and accident factor that was keeping the two apart in the Championship. Jean Alesi, meanwhile, had lost ground in third, while David Coulthard had moved ahead of Johnny Herbert to secure fourth.

Benetton-Renault had seen their lead atop the Constructors Championship severely wounded, leaving Hungary with only six points in hand over the team in second. That team was Williams-Renault, with their first one-two of the season carrying them ahead of Ferrari and onto Benetton's similarly powered tail. Ferrari themselves, meanwhile, would slip eleven points behind Williams, but still had a huge margin over fourth placed Jordan-Peugeot.