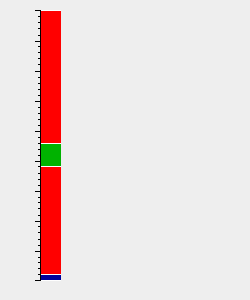 The 1995 German Grand Prix, otherwise officially known as the LVII Großer Mobil 1 Preis von Deutschland, was the ninth round of the 1995 FIA Formula One World Championship, staged at the Hockenheimring in Baden-Württemberg, Germany, on the 30 July 1995.[1] The race, which was the first to be staged since the death of legendary five time Champion Juan Manuel Fangio, would be fondly remembered for the celebrations surrounding race winner Michael Schumacher, who would stall his car while waving to the jubilant home fans.[1]

Qualifying was arguably the best part of the weekend, with a barrage of quick laps seeing pole position exchanged numerous times between seven drivers.[1] Ultimately, however, it was Damon Hill who grabbed top spot on the grid ahead of Schumacher, with David Coulthard, Gerhard Berger, the two Jordan-Peugeots and Mika Häkkinen in the McLaren-Mercedes also involved.[1]

The start of the race saw Hill claim an early lead, edging out Schumacher on the run to the first corner.[1] Behind it would be largely grid order, with two early retirements in the form of Mika Salo and Max Papis.[1]

Unfortunately any hopes of a battle for victory came to an end at the start of the second lap, with a driveshaft failure for Hill sending the #5 Williams-Renault flying into the barriers at turn one.[1] Hill would escape unhurt, initially believing that he had hit an oil slick, with Schumacher inheriting the lead.[1]

It was at this point that Williams' strategy went out of the window, having planned to run Hill to a two stop and Coulthard on a one stop.[1] As such, Coulthard would check his pace in order to preserve both fuel and tyre life, while Schumacher, on a two stop slowly eased clear.[1]

Indeed, it was all over for Coulthard when Schumacher made two very quick stops either-side of the Scot's, leaving him with a commanding lead.[1] Elsewhere, Jean Alesi and Berger's hopes were dashed by engine failures and penalties respectively, while a promising run for Häkkinen was curtailed by a loss of pneumatic pressure.[1]

With that the race was effectively over, with Schumacher cruising across the line to claim victory, becoming the first German driver to win the German Grand Prix since Rudolf Caracciola in 1939.[1] Coulthard and Berger duly crossed the line in his wake to complete the podium, just in time to see Schumacher stall while waving to the fans at turn one.[1]

A tow-truck was scrambled to recover the German ace, which quickly dragged him down the long run into the forest.[1] After a few minutes in a now quiet corner of the black forest, Schumacher would be greeted by a huge roar from the crowd as he entered the stadium section, with fireworks and fan waving aplenty.[1]

After the race Williams would actively begin searching for a new driver, having decided that the Hill-Coulthard combination was not up to their standards after another weekend of lost points.[1] They hence invited young Canadian CART star Jacques Villeneuve, the son of the legendary Gilles Villeneuve, to begin an intense testing programme that ultimately led to the Canadian getting a full seat in 1996.[1]

It was status quo at the head of the Championship, with neither of the major protagonists managing to score after their collision. As such, Michael Schumacher had retained his eleven point lead over Damon Hill, with the Brit also coming under pressure from Jean Alesi, who left Silverstone just three points off the Brit. Elsewhere, Johnny Herbert had leapt up to fourth ahead of David Coulthard, with fourteen drivers on the board.

Benetton-Renault had been the big winners of the weekend, extending their lead in the Constructors Championship to eleven points. Ferrari were still their closest challengers, having eeked out a three point advantage over Williams-Renault in third. Jordan-Peugeot, meanwhile, remained in fourth ahead of Ligier-Mugen-Honda, the latter having moved ahead of McLaren-Mercedes on count-back.

The full entry list for the 1995 German Grand Prix is outlined below:

The full qualifying results for the 1995 German Grand Prix are outlined below:

The full results for the 1995 German Grand Prix are outlined below:

Michael Schumacher would leave Hockenheim with an increasingly daunting Championship lead heading into the second half of the season, having scored 56 points across the opening nine rounds. Indeed, in failing to score Damon Hill had slipped 21 points behind the German ace, with Jean Alesi in third a further three behind, making Schumacher the overwhelming favourite. Elsewhere, Johnny Herbert had closed in on those two in fourth, while David Coulthard had edged ahead of Gerhard Berger to secure fifth.

Like their lead driver Benetton-Renault had pulled out a fair lead in the Constructors Championship at the halfway point, leaving Germany win 71 points. That left their advantage over Ferrari at eighteen points, with Williams-Renault a point off the Scuderia in third. A huge gap then followed to fourth placed Jordan-Hart, while Ligier-Mugen-Honda had moved a point ahead of McLaren-Mercedes at the halfway stage.