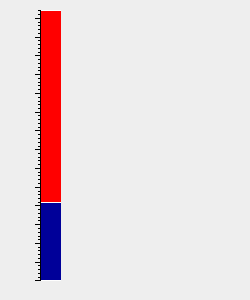 The LXXXI Grand Prix de France, otherwise known as the 1995 French Grand Prix, was the seventh round of the 1995 FIA Formula One World Championship, staged at the Circuit de Nevers Magny-Cours in Magny-Cours, France, on the 2 July 1995.[1] The race would go down as one of the dullest in F1 history, as Michael Schumacher claimed victory at a canter for Benetton-Renault.[1]

The build-up to the weekend had been anything but dull, with Benetton boss Flavio Briatore involving himself in a legal battle between Minardi and their third part engine suppliers.[1] However, Briatore was on the verge of losing his lead driver for 1996, with Schumacher reportedly very close to signing a contract with Ferrari with a wage estimated at $20 million.[1]

Qualifying too was also full of intrigue, with Schumacher fighting throughout the session with the two Williams-Renaults of Damon Hill and David Coulthard.[1] Ultimately it was Hill who prevailed to claim pole position, a last-gasp running seeing the Brit find a quarter of a second on the German, while Coulthard was three quarters of a second down in third.[1]

Unfortunately practice had revealed that the only feasible strategy for the race would be a two stop, meaning everyone would have the same pit rotation.[1] That meant that all of the pressure would be at the start of the race, with drivers effectively having one shot at improving their position.[1]

It was Hill who got away form the grid best, sprinting away from Schumacher to claim the lead.[1] Rubens Barrichello also got a good launch to sweep ahead of Coulthard and Jean Alesi, although the Brazilian was quickly put under investigation for a jump start.[1]

Hill and Schumacher quickly cleared off at the head of the field, leaving Coulthard to try and find a way past Barrichello's stubborn Jordan-Peugeot.[1] Unfortunately for the Scot he would lose any chance of challenging for victory in the eleven laps he was stuck behind the Brazilian, and would only get past once Barrichello was slapped with a stop-go penalty for jumping the start.[1]

Further back Alesi was defending heavily from a frustrated Johnny Herbert, who was fighting for his future at Benetton.[1] The Frenchman and the Brit duly collided in the midst of their fight, Herbert getting sent straight into the barriers, gifting Martin Brundle fourth place for Ligier-Mugen-Honda as Gerhard Berger, who had been behind the pair, had to take avoiding action.[1]

Out front, meanwhile, the race would be decided during the first pitstop window, with Schumacher staying out a few laps longer than Hill and delivering a series of fastest laps.[1] He duly claimed an eight second lead with his overcut, and would spend the rest of the afternoon easing clear of the #5 Williams.[1]

With that the race was effectively over, with Schumacher cruising home thirty seconds clear of Hill to extend his Championship lead.[1] Coulthard was next, but had to fend off a late charge from Brundle late on, while Alesi and Barrichello claimed the remaining points.[1]

In-spite of his late race failure, Michael Schumacher would leave the Canadian Grand Prix with his lead having been enhanced to seven points, having claimed 36 points across the opening six races. Damon Hill remained his closest challenger, although race winner Jean Alesi had made ground, moving onto 24 points for the season. Gerhard Berger was next ahead of Johnny Herbert, with thirteen drivers on the board.

In the Constructors Championship there had been another shuffle at the top of the field, with Ferrari taking a turn at the top of the table on 41 points. They hence bumped Benetton-Renault down to second, who dropped three behind the Scuderia, while Williams-Renault slipped to third, nine off the lead. A twenty point gap then followed to Jordan-Peugeot, fresh from their strongest weekend, with McLaren-Mercedes completing the top five.

The full entry list for the 1995 French Grand Prix is outlined below:

The full qualifying results for the 1995 French Grand Prix are outlined below:

The full results for the 1995 French Grand Prix are outlined below:

Victory for Michael Schumacher ensured that he left France with a controlling stake in the Championship hunt, with 46 points to his credit after seven races. That translated to an eleven point lead over Damon Hill, meaning Schumacher could afford to miss a race and still lead the Championship. Behind, Jean Alesi had lost more ground in third ahead of teammate Gerhard Berger, while David Coulthard had moved ahead of Johnny Herbert.

In the Constructors Championship it was Benetton-Renault's turn to lead the Championship, moving five points clear on 48 points. Ferrari had hence had to make way for them and dropped to second, and were just a point ahead of Williams-Renault in third. Elsewhere, Jordan-Peugeot kept their tally rolling with another points finish, enhancing their hold on fourth, with McLaren-Mercedes completing the top five.