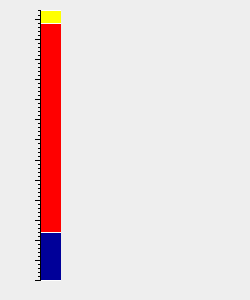 The XL Großer Preis von Europa, otherwise known as the 1995 European Grand Prix, was the fourteenth round of the 1995 FIA Formula One World Championship, staged at the Nürburgring in Nürburg, Germany, on the 1 October 1995.[1] The race would see Michael Schumacher claim victory on home soil for the second time in 1995, leaving him just three points away from his second World Championship title.[1]

Qualifying would see David Coulthard dictate the pace, claiming pole position for the third race in succession ahead of teammate Damon Hill.[1] Schumacher was next ahead of Gerhard Berger, Eddie Irvine and Jean Alesi, amid news that both Ferrari drivers were to lose their seats for 1996.[1]

The race would begin in damp conditions, resulting in Coulthard spinning into the gravel en-route to the grid, forcing him to jump in the spare Williams-Renault.[1] Fortunately for the Scot he would be able to control the race from the start, sprinting clear of the rest of the field as teammate Hill struggled on the dirty side of the grid.[1]

Indeed, Hill's start was so poor that it allowed Schumacher to charge into second unopposed, although with the two Ferrari drivers having gambled on slicks, the Englishman would run getaway in third.[1] The Ferraris themselves, meanwhile, would slip down to sixth and tenth, with the only other cars on slicks, the two McLaren-Mercedes, tumbling right to the back of the field.[1]

However, it was not long before the slick shod cars began to out-pace those on wets, prompting Coulthard, Schumacher and Hill all to pit early on.[1] That left Alesi with a twenty second lead over the trio, with Hill moving in to challenge Schumacher for third.[1]

Their battle would somewhat inevitably provide more questions about Schumacher's defensive tactics, with the Benetton-Renault dancing across the circuit any time the Williams-Renault got close.[1] Indeed, one particularly late dive in the braking zone from Schumacher forced Hill to take avoiding action, although the Englishman would eventually sell the German a dummy and grab the position.[1]

Yet, Hill would never get the chance to chase after teammate Coulthard, immediately slipping behind Schumacher having jumped on the throttle out of the Coca-Cola Kurve too early.[1] Schumacher duly blasted past and went streaking off after Coulthard, whose pace collapsed a few laps later as he struggled to adapt to the spare Williams on low fuel.[1]

Out front, meanwhile, it appeared to be Alesi's race to lose, pitting and rejoining in the lead as Schumacher dived in for a second stop.[1] Hill duly launched a challenge at the #27 Ferrari for the lead, but would only succeed in running wide and smashing the nose of his car.[1] A pit for repairs saw the Englishman rejoin in third, before ultimately ending his race in a heavy accident a few laps later.[1]

With Hill out, Schumacher could freely attack Alesi for the lead without harming his title hopes, with the German ace delivering a staggeringly quick series of laps to catch the Frenchman.[1] Once they were together it seemed only a matter of time before the #1 Benetton claimed the lead, with Schumacher duly catching Alesi by surprise with a lunge around the outside of the chicane.[1]

That, ultimately, proved to be the final, and decisive move of the race, with Schumacher easing clear during the closing stages to claim victory, leaving him on the verge of the Championship.[1] Alesi was a frustrated second ahead of a disheartened Coulthard, while Rubens Barrichello, Johnny Herbert and Eddie Irvine claimed the remaining points.[1]

With Damon Hill slipping behind Michael Schumacher during the race there was little surprise that the German ace left Portugal with an enhanced lead in the Championship. Indeed, the top two in the Championship were now split by seventeen points with four rounds to go, with Hill needing to win the majority of the races to challenge. Behind, the fight for third had got more intense, with David Coulthard having moved ahead of Johnny Herbert and Jean Alesi, with just five points between the trio.

Benetton-Renault broke through the 100 point barrier in Portugal, although their lead atop the Constructors Championship had been reduced. Indeed, Williams-Renault had left Estoril twelve points behind their compatriots, and with Ferrari 38 points off the lead in third, seemed to be Benetton's only challengers to the throne. Ferrari themselves, meanwhile, were set to finish no lower than third, with almost three times the number of points of McLaren-Mercedes in fourth.

The full entry list for the 1995 European Grand Prix is outlined below:

The full qualifying results for the 1995 European Grand Prix are outlined below:

The full results for the 1995 European Grand Prix are outlined below: