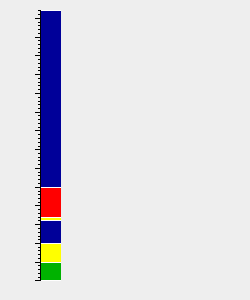 The 1995 Argentine Grand Prix, otherwise officially known as the XVIII Gran Premio Marlboro de la Republica Argentina, was the second round of the 1995 FIA Formula One World Championship, staged at the Autódromo Juan y Oscar Gálvez in Buenos Aires, Argentina, on the 9 April 1995.[1] The race would see Damon Hill claim a dominant victory, albeit after teammate David Coulthard was forced to surrender a sizeable lead due to a throttle issue.[1]

The build-up to the weekend was dominated by the fallout from the Brazilian Grand Prix, with the results of that race still listed as provisional.[1] Indeed, an FIA Court of Appeal meeting was scheduled for the 13 April to resolve the issue, after it was found that Michael Schumacher and Coulthard had used illegal Elf fuel during the race.[1] They had both been disqualified after post-race scrutineering, although both Benetton-Renault and Williams-Renault had protested.[1]

Into the Argentine weekend itself and rain would dictate the qualifying order, with numerous incidents throughout the field.[1] Ultimately it was Coulthard who emerged on pole position, taking advantage of a brief dry spell to shoot to the head of the timesheets, ahead of teammate Hill, while Schumacher shared the second row with the Jordan-Peugeot of Eddie Irvine.[1]

Conditions were a marked improvement on raceday, with a huge crowd including President Carlos Mennem arriving to watch the race.[1] The warm-up duly passed without issue, with teams spending a lot of time on circuit trying out dry weather setups for the first time all weekend.[1]

That, however, would do them no good at the start, with Schumacher practically limping away from the line to gift Coulthard and Hill a clean run into the first corner.[1] However, Schumacher would be saved by a red flag a few seconds after the start, after Jean Alesi spun in the middle of the pack at the first corner, resulting in cars being littered across the circuit.[1]

The order was reset and the race restarted from the grid, with Schumacher this time getting a good enough launch to challenge Hill into the first corner.[1] The #1 Benetton duly swept ahead of the #5 Williams to claim second behind Coulthard as, a few yards behind, Mika Häkkinen took himself out of the race with a mistimed lunge on Irvine's Jordan in his McLaren-Mercedes.[1]

Coulthard looked inspired during the early stages of the race, dropping Schumacher and Hill at an impressive rate to secure an early lead.[1] Indeed, it was only when the Scot's Renault went off-song that the duo caught up, and duly went charging past the #6 Williams when it coughed a second time.[1]

The Schumacher/Hill fight intensified from that moment on, with the German ace withstanding the Brit's pressure for five laps before relinquishing the lead.[1] With that Hill would sprint away to build a handsome lead over the rest of the field, leaving Schumacher to slowly tumble back towards a recovering Coulthard.[1]

Unfortunately for Coulthard there would be no retribution, the Scot suffering a gearbox failure soon after getting back into striking distance of Schumacher.[1] Hill, meanwhile, would continue to build his lead both prior to and after the stops, with a slow second stop for Schumacher allowing Jean Alesi to jump into second.[1]

With that the race was run, with Hill cruising across the line to claim his tenth career victory.[1] Alesi would finish second ahead of Schumacher, with Johnny Herbert, Heinz-Harald Frentzen and Gerhard Berger claiming the remaining points.[1]

Victory, albeit one that was retroactively re-awarded, would see Michael Schumacher claim an early Championship lead after the opening round, four points ahead of David Coulthard in second. Gerhard Berger was next ahead of Mika Häkkinen, while Jean Alesi and Mark Blundell were the only other scorers at the opening round.

In the Constructors Championship there would be major implications for Williams-Renault and Benetton-Renault for using "illegal" fuel, with both teams forfeiting their points for the opening round. That meant it was Ferrari who led the way after the opening weekend on six points, with McLaren-Mercedes the only other scorers on four.

The full entry list for the 1995 Argentine Grand Prix is outlined below:

The full qualifying results for the 1995 Argentine Grand Prix are outlined below:

The full results for the 1995 Argentine Grand Prix are outlined below:

Michael Schumacher would assume the lead of the Championship on the 13 April after the FIA Court of Appeal ruling regarding the 1995 Brazilian Grand Prix, leaving him on 14 points after two races. Damon Hill, meanwhile, had used victory in Argentina to leap into second, four behind the man who had beaten him to the crown in 1994. Jean Alesi was a further two points back in third, with nine drivers on the score sheet.

In contrast the FIA ruling on the 13 April would have little effect on the Constructors Championship, leaving Ferrari at the head of the hunt on 13 points. Best of the rest were Williams-Renault on ten points, while Benetton-Ford Cosworth sat in third (but would have been leading had the ruling been marginally different). McLaren-Mercedes and Sauber-Ford Cosworth were the only other scorers after the opening two rounds.