Formula 1 Wiki
Register
Don't have an account?
Sign In
Advertisement
in: 1971 Grands Prix, British Grand Prix, Formula One races in the United Kingdom, 1971 Formula One Season 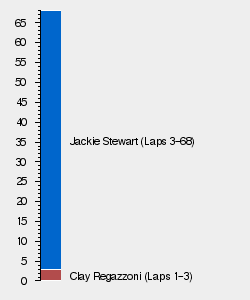 The 1971 British Grand Prix was the sixth race of the 1971 Formula One season, and was held at Silverstone on Saturday, July 17, 1971. Jackie Stewart led most of the way for his fourth win of the season.

The previous weekend, Pedro Rodríguez was driving a Ferrari 512M at an Interserie race at the Norisring in Germany. Passing a slower car, he was squeezed into a concrete wall, where his car crashed heavily and caught fire. Rodríguez died later at the hospital, and his passing cast a pall over the entire meeting.

The full entry list for the 1971 British Grand Prix is outlined below: