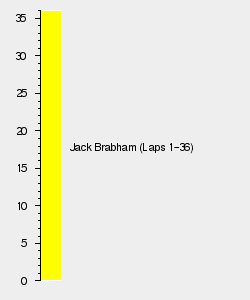 The 1960 Belgian Grand Prix was held on June 19, 1960. It was the fifth race of the 10 race season. The race was won by Jack Brabham as a major step to his second successive World Championship, but the weekend would be known as one of the darkest in the sport's history. During practice, Stirling Moss and Mike Taylor both suffered serious injuries, causing Taylor to retire from the sport, and during the race both Chris Bristow and Alan Stacey were fatally injured.

Despite completing his 35th lap well before Gendebien, Graham Hill was not listed as a finisher because he did not push his car over the line after Brabham had received the checkered flag.