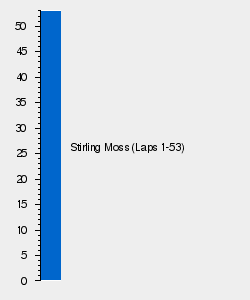 Mike Hawthorn took home his fourth pole position, while Stirling Moss won his fourth race of the year, but it wouldn't be enough as Hawthorn would finish in second to take home his first and only championship.

The race though would be marked in tragedy when Stuart Lewis-Evans' engine seized and flew him off the track at high speed, with the car bursting into flames. He was airlifted back to the UK, but would die from his burns six days later.

Mike Hawthorn enters the race with a 8-point lead over Stirling Moss with only one race left, and is likely to secure the title.

Outlined below is the full entry list for the 1958 Moroccan Grand Prix:

Outlined below are the full qualifying results for the 1958 Moroccan Grand Prix:

Outlined below are the full results for the 1958 Moroccan Grand Prix: