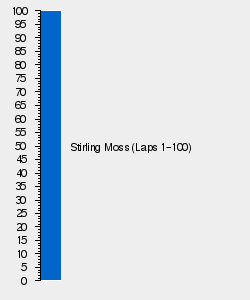 The 1956 Monaco Grand Prix was held on May 13. The race was won by Stirling Moss in a Maserati, who led from flag to flag. Juan Manuel Fangio had problems with his original Lancia-Ferrari, but after letting Eugenio Castellotti drive his car, he took over the sister car of Peter Collins. Moss was just cruising at the end, and despite a furious comeback by Fangio, Moss was still over six seconds ahead at the flag. Jean Behra took advantage of atrition to take third in his Maserati.

The full entry list for the 1956 Monaco Grand Prix is outlined below:

The full qualifying results for the 1956 Monaco Grand Prix are outline below: