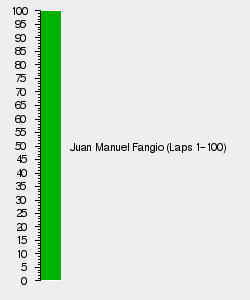 The 1955 Dutch Grand Prix was the fifth race of the season. It was held on June 19, a mere eight days after the Le Mans Disaster, but the organizers decided to hold the race anyway. Despite the specter of the accident and the cool and wet weather, a sizeable and noisy crowd was in attendance, in contrast to the somber mood of the teams.

The race itself ended with a Mercedes 1-2, with Juan Manuel Fangio beating Stirling Moss by 0.3 seconds, with Luigi Musso almost a minute further back in a Maserati.

The full entry list for the 1955 Dutch Grand Prix is outlined below: