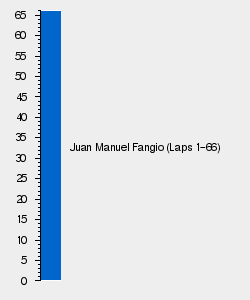 The 1954 Swiss Grand Prix was held on August 22, and was the seventh race of the 1954 Formula One Season. The race was won by Juan Manuel Fangio in a Mercedes, ahead of polesitter José Froilán González in a Ferrari, and Fangio's teammate Hans Herrmann finished third.

The full entry list for the 1954 Swiss Grand Prix is outlined below:

Retrieved from "https://f1.fandom.com/wiki/1954_Swiss_Grand_Prix?oldid=74281"
Community content is available under CC-BY-SA unless otherwise noted.